Slamming BBC over documentary on PM Modi, former diplomats said that by quoting incorrect facts about PM Modi, UK is trying to whip up anti-India sentiments. 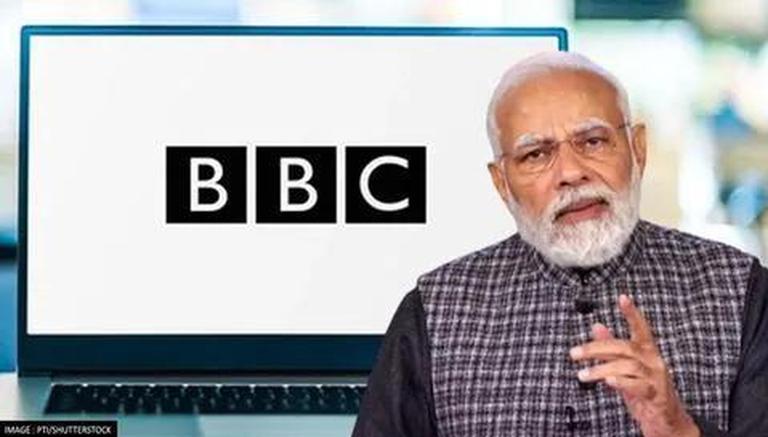 
Amid the raging outrage over the BBC documentary, retired bureaucrats on Saturday stood out in support of Prime Minister Narendra Modi and said that the documentary lacks factual reporting. Slamming the news broadcaster, the former diplomats said that by quoting incorrect facts about PM Modi, the UK is trying to whip up anti-India sentiments and destroy relations with India.

“There's no factual reporting in the BBC documentary. They've completely ignored the decisions of the Supreme Court of India. The 452-paged judgement of the SC completely exonerated PM Modi & explained how the incidents took place,” news agency ANI quoted ex-Ambassador to Bangladesh Veena Sikri as saying.

Suspecting an anti-Sunak element in the UK, Sikri added, “By putting blame on PM Modi without verifying facts, BBC has wholly destroyed its credibility. I also suspect a strong domestic angle in the UK against PM Rishi Sunak. They're trying to whip up anti-Indian sentiments and destroy relations with India.”

Adding to Sikri's comments, the former Ambassador of India to the Netherlands Bhaswati Mukherjee said, “BBC has a troubled record in dealing with India as it appears to have a colonial mindset with regard to India. It does these programs which are highly discriminatory and funded by private partners, not the British government.”

Amid the ongoing controversy over the BBC documentary, 302 signatories including retired judges, retired bureaucrats and retired Armed forces veterans issued a statement rebutting the documentary. Issuing a statement, the signatories said that the 'staple, dyed-in-the-wool negativity and unrelenting prejudice' of the BBC toward India have resurfaced as a documentary.

The letter read, "Not only is the BBC series, judging from what we have seen of it so far, based on delusional and evidently reporting, but presumes to question the very basis of the 75-year-old edifice of India’s existence as an independent, democratic nation, a nation which functions according to the will of people of India.”

"So now we have a British media organisation, the BBC, which naturally thrives on the sensationalism of how false its basis is, setting itself up to second guess and dismiss the verdict of the apex of the Indian judiciary, the Supreme Court. This alone exposes the BBC's malafides, and leads one to question the motivations behind this series," the letter added.