Indian Railways working to combat the spread of COVID-19 has crossed the milestone of delivering 25,000 MT of LMO to the nation in more than 1,503 tankers. 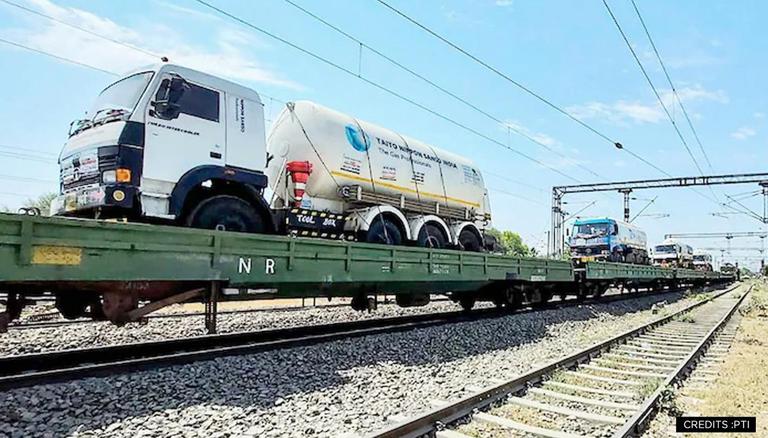 
As India continues to reel under the unprecedented second wave of the COVID-19 pandemic, several home-based institutions are coming forward like a ray of hope to bring an end to the crisis. Indian Railways is one such department that has ensured timely delivery of COVID essential, liquid oxygen and now the efforts have crossed milestone of delivering 25,000 MT of Liquid Medical Oxygen (LMO) to the nation. The Government of India had started 'Oxygen Express' when critical coronavirus patients were in dire need of medical equipment but hospitals were facing an acute shortage.

So far, Indian Railways have not left any stone unturned in its fight against the pandemic. According to the Government tally:

On Saturday, Assam received its fifth Oxygen Express with 80 MT LMO in 4 tankers from Jharkhand. Karnataka received over 3,000 MT LMO through Oxygen Expresses. The 'Oxygen Express' service had started on April 24th with Maharashtra that had received a load of 126 MT.

Oxygen Express have moved across the country and reached out to every state in dire need of oxygen supply. Here's a data of total delivery of MTs to different states.

Indian Railways have created a new benchmark with their steady response in the time of need. To ensure that oxygen relief reaches people in the shortest time possible, the railways mapped different routes with Oxygen supply locations. While oxygen express maintains its outreach, the speed of other Freight Operations is not hampered in any way.