Eight NSAs travelling to New Delhi underscores India’s acceptance as a key player when it comes to managing regional fallout of the developments in Afghanistan. 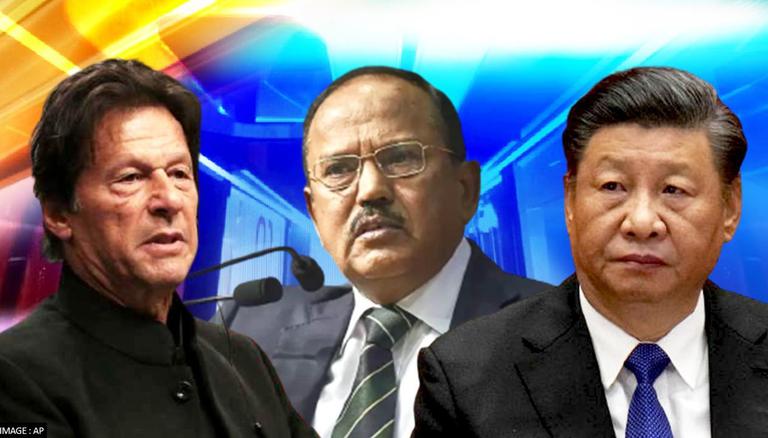 
Delhi Security Dialogue on Afghanistan, to be hosted by National Security Advisor Ajit Doval in New Delhi on Wednesday, November 10, would delineate the contours of a comprehensive security architecture on Afghanistan, as also send across a strong message to Taliban on an inclusive and representative government in Kabul. Hosted by India, the largest ever gathering of regional security chiefs would see the participation of national security advisors of eight countries – Russia, Iran, Kazakhstan, Kyrgyzstan, Turkmenistan, Tajikistan, Uzbekistan, and India. Pakistan and China were also invited but both declined to attend for their own reasons, informed sources.

“Every nation in the region has concerns about stability in Afghanistan. The dialogue intends to share those concerns, threats, and challenges, and build a consensus on dealing with them. It is clear that Kabul would hear as to what are the expectations of the world community,” informed sources involved in the process. Taliban are not invited as they are not recognized by any participating nation as the legitimate government in Kabul. The focus is going to be on security, humanitarian aid, difficulties being faced by common Afghans, drugs, terrorism, weapons supplies, and the threat of the spread of a certain radical ideology that has got everyone concerned. “If you look at all the central Asian states, they are historically moderate societies. They all have concerns about the demonstration effect of developments in Afghanistan on their own soil. Memories of the earlier stint of the Taliban from the 1990s are not forgotten. Everyone is worried and they thought a consensus needs to be built on how to deal with those concerns.”

The format was initiated by Iran, which hosted the 2018 and 2019 editions. The NSA talks did not take place last year due to the raging pandemic. While the last two editions saw the participation of five and seven nations respectively, eight NSAs travelling to New Delhi underscores India’s acceptance as a key player when it comes to managing regional fallout of the developments in Afghanistan over the last few months, informed sources.

READ | Russia & Iran to attend India's NSA-level meet as Pakistan skips, but what about China?

“Both in 2018 and 2019, Pakistan insisted that India not be part of the process, and abstained on Iran not agreeing to the demand. It’s unfortunate that they have decided to not be part of the effort again.” Sources informed that there was an unspoken consensus that Pakistan is the source of many problems in Afghanistan, and there is a credibility gap between its words and actions. China has responded by claiming that they have scheduling issues given the communist party central committee session coinciding, to give it a miss, though it participated in the two earlier editions.

NSAs represent the very top of the security establishments of all participating nations, and that in itself shows the importance being attached to the Delhi dialogue on Afghanistan. It was only in August that NSAs of two Central Asian states had travelled to Delhi to have a dialogue on Afghanistan. This was followed by the Russian NSA in September, who travelled for full delegation-level talks specifically on Afghanistan. Apart from this, NSA Doval has participated in BRICS and SCO talks in which the security fallout of Afghanistan was discussed in detail. “There is already a lot of information and intelligence sharing that is happening among participating nations. This underscores how deeply involved India has been when it comes to Afghanistan developments,” said a source.

The NSAs will start arriving Tuesday morning, and the plenary happens Wednesday. There would be a joint statement on the deliberations, following which the NSAs would collectively call on the Prime Minister. Doval would be hosting a formal dinner in honour of the participating NSAs at his official residence in the evening, apart from holding bilateral meetings with each of them through Tuesday and Wednesday.