Jiteshwari Devi, queen of the erstwhile princely state of Panna in Madhya Pradesh, was arrested after her mother-in-law accused her of threatening to kill her 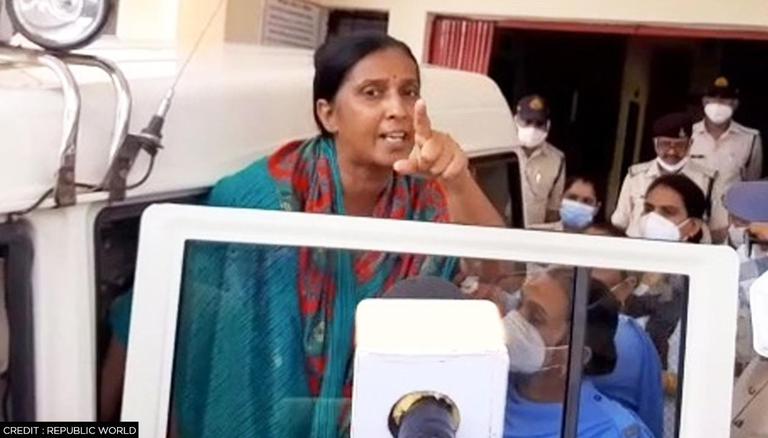 
Jiteshwari Devi, the queen of the erstwhile princely state of Panna in Madhya Pradesh, was arrested on Thursday after her mother-in-law accused her of threatening to kill her. She was arrested from the royal palace based on the complaint lodged by Rajmata Dilhar Kumari, the seniormost member of the royal family. A local court then remanded Jiteshwari Devi in judicial custody.

According to PTI, there has been discord in the royal family for over a decade, especially between Rajmata Dilhar Kumari and her daughter-in-law Jiteshwari Devi over property and diamonds worth crores of rupees. The Powai Police arrested Jiteshwari for allegedly pointing a pistol at her mother-in-law and assaulting her on the night of June 19.

“Jiteshwari Devi was arrested and charged under threatening with firearms. Following the arrest, she was produced in a court, which sent her in judicial custody,” Kotwali police station inspector Arun Kumar Soni said.

Both the parties live in the same palace, he said, adding that they fighting civil (land) cases. Based on the complaint lodged by the Rajmata, police have booked six persons who accompanied the queen. While one was arrested two days ago, four accomplices are still absconding, Soni said.

Following the arrest, Jiteshwari Devi accused her family members of taking advantage of his husband, Maharaj Raghavendra Singh's illness. She claimed that her arrest was a part of a conspiracy. Talking to reporters before stepping onto a police van, Jiteshwari Devi said, “I am innocent. This is a false complaint against me to take revenge.”

Jiteshwari Devi has been booked under IPC sections 506 (criminal intimidation), 458 (lurking house-trespass or house-breaking by night), and others. She has also been charged under relevant sections of the Arms Act, the officials said.

READ | 'Deposit Rs 100 in treasury of BJP's local unit': MP Minister for taking selfies with her