'PFI Trying To Get Foothold In Assam': Top Cop Says Police Keeping Eye On Their Activities 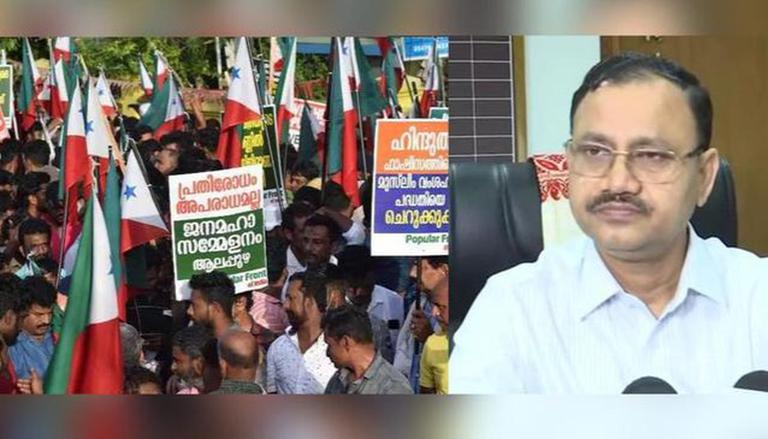 
Assam Police on Saturday said that the Popular Front of India (PFI) is trying to get a foothold in the state. The Additional Director General of Police (ADGP) (Special Branch), Hiren Nath, said that 16 cases have been registered against the controversial outfit and two against PFI's youth wing Campus Front of India (CFI).

Nath said that charge sheets have been submitted in 12 cases while the remaining cases are being investigated. He alleged that the group is allegedly trying to provoke people on issues taking place in the country.

'PFI is trying to get a foothold in Assam': Top cop

"PFI is trying to get a foothold in Assam. We've registered 16 cases against PFI & 2 against CFI. One of the modus operandi of this group or the workers is that anything happening anywhere in the country which does not even have any connection with Assam--may be some Hijab issue or some temples, or mosques-- they will demonstrate it here, especially in the lower Assam region, including Guwahati city, Goalpara, Barpeta, Baksa, Dhubri and some parts of the Barak Valley. They are provoking people and it is very dangerous for the country," the ADGP was quoted as saying by ANI.

Stating that the outfit is presently active in 10 districts in Assam, he assured that cops are keeping a sharp eye on their activities. The cop said that two cases have been registered in Guwahati and one in Dhubri where PFI published some pamphlets with anti-national and anti-government statements.

READ | PFI condemns ED action against its bank accounts, calls it a 'misuse of power'

Moreover, the top cop said that PFI workers were doing something very secretly. "We have recovered some printing materials printed in Bengali and Arabic, that contained literature teaching Jihad, how to do Jihad, how to attract people to Jihad, what are the requirements for the Jihadi, and all these things. We are investigating it all," the top cop said while warning that anyone trying to disturb peace will be punished with strong action.

He also stated that Assam Police has successfully established a link between the PFI and the Bangladesh-based Islamic terror group Ansarullah Bangla Team (ABT), during a probe in relation to the recent crackdown on the ABT module where the police had arrested 16 persons since April.