A resident of Jharpo village in Jharkhand's Hazaribagh, she was unable to receive the benefits of government schemes in the absence of the Aadhaar document. 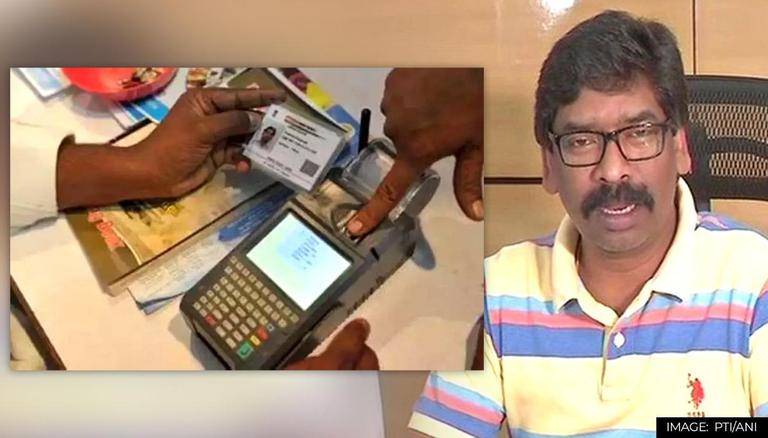 
Physically challenged Bhekhraj Kumari is glad that the government came to her doorstep to provide her benefits of government schemes and Aadhaar card for which she was struggling for the last eight years.

A resident of Jharpo village in Tatijharia block of Jharkhand's Hazaribagh, she was unable to receive the benefits of government schemes in the absence of the Aadhaar card.

The woman had apprised officials of her ordeal on getting to know about Aapke Adhikar, Aapki Sarkar, Aapke Dwar' (Your Rights, Your Government, At Your Door) scheme, a programme aimed at resolving issues related to government schemes at the doorstep of beneficiaries.

"After listening to her plight, the District Welfare Officer and Block Development Officer, Tatijharia, swung into action. A vehicle was arranged and she was brought to the camp (Tatijharia) from her residence. Her registration for the Aadhaar card was done on-site and the document was issued to her," a statement from the state government said.

Till Tuesday late afternoon, more than 2.5 lakh applications have been received from all over the state and over one lakh cases have been successfully resolved, the statement said.

The programme will continue till December 29, marking the completion of two years of the formation of the incumbent government.

The scheme was announced by Chief Minister Hemant Soren on Jharkhand's Statehood Day on November 15, the birth anniversary of legendary tribal leader Birsa Munda at Ulihatu, the birthplace of the icon.

Multiple camps are being organised at panchayat levels to ensure that the benefits of government schemes reach the doorstep of the rural people.

Sajni Bala Mahto, a resident of Palashdih village of Madhavpur panchayat located in Bodam block of East Singhbhum who earned her livelihood through selling Hadiya (desi liquor) wanted to switch over to animal husbandry for a respectful living.

"In a camp organised in Madhavpur panchayat under Aapke Adhikar Aapki Sarkar Aapke Dwar', Sajni Bala Mahto was given Rs 10, 000 in the form of an interest-free loan under Phoolo Jhano Ashirwad Abhiyan.

With the loan provided to her through Jharkhand State Livelihood Promotion society (JSLPS), she will be able to lead a respectful life while earning livelihood for her family," the statement said.

Likewise, Shashi Devi (79), a resident of Ranchi was struggling to get her Ration Card (PDS card) despite multiple attempts.

A ration card was issued to her during the outreach programme.

The chief minister, earlier, in a letter addressed to all elected village heads had appealed to them to take part in the programme and make it a success.

In last two years, a lot of efforts have been made by our government to live up to your expectations. Now the government is coming to your doors to deliver your rights at your doorstep. Be sure to take advantage, the letter said.

The letter has also been translated into local languages and shared with the public representatives at the village level.