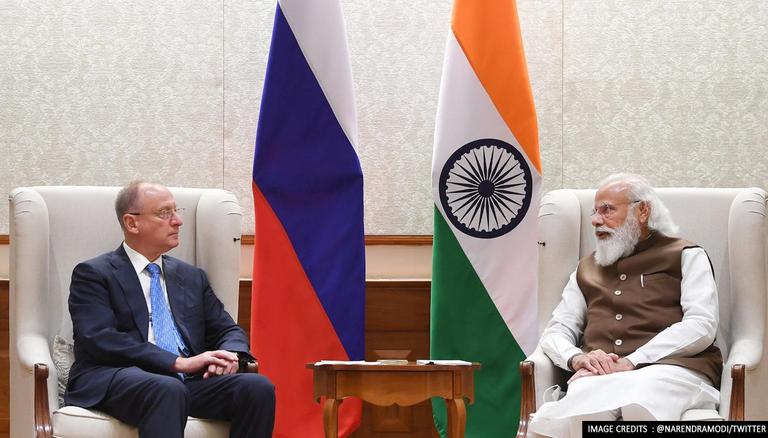 According to the Russian Embassy, "They spoke about the prospects for strengthening interaction in multilateral formats, including the SCO and BRICS, as well as the development of the Russian-Indian cooperation in the trade and economic sphere." During the meeting, Secretary Nikolai Patrushev briefed PM Modi on his fruitful exchanges with NSA Ajit Doval and External Affairs Minister S Jaishankar earlier on Wednesday.

PM Modi also asked Patrushev to convey his thanks to Russian President Vladimir Putin for his constant attention towards the Indian-Russia Partnership. "He (PM Modi) also said that he was looking forward to welcoming President Putin in India in the near future, for the bilateral summit," Prime Minister's office said in a statement.

According to ANI, both sides expressed concerns over the recent developments in Afghanistan. There was a convergence on views between PM Modi and Secretary Patrushev on all major issues including the need for the new Taliban government to adhere to its promises; the presence of terrorist organisations in the war-torn country and its threats to Central Asia and India; the flow of arms to terrorist organisations and smuggling across Afghanistan borders.

Earlier in the day, Nikolai Patrushev met NDA Ajit Doval and discussed recent developments in Afghanistan. Both sides also discussed humanitarians and the migration crisis in the war-ravaged country. "In addition, the Sides agreed to coordinate the approaches of Russia and India in multilateral formats on the Afghan settlement," the statement said.

On Tuesday, the Taliban declared its new government and appointed 33 ministers. Mohammad Hassan has been made Prime Minister with Mullah Baradar and Abdul Hanafi his deputies. Mohammad Yaghoub Mojahed, the son of Taliban founder Mohammad Omar, has been made the Defense minister.