Prime Minister Narendra Modi on Tuesday virtually took part in the G20 Summit on Afghanistan and batted for inclusive government and humanitarian assistance. 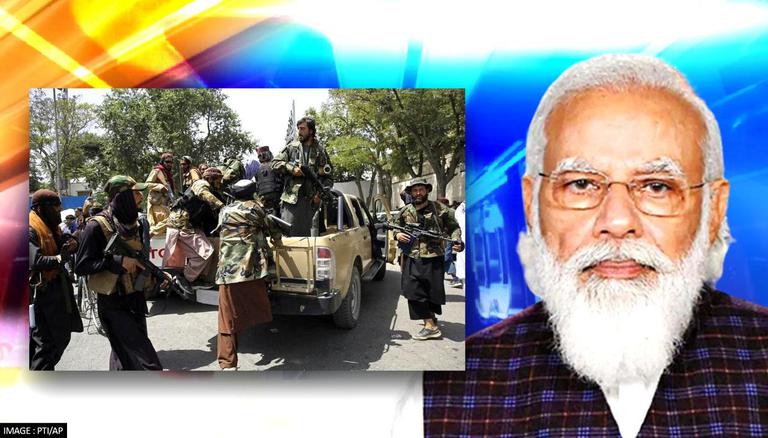 
Prime Minister Narendra Modi on Tuesday virtually took part in the G20 Extraordinary Summit on Afghanistan and stressed on preventing Afghanistan from becoming a source of terrorism and radicalisation. Participating in the G20 meeting virtually, PM Modi called for humanitarian assistance to Afghan citizens and an inclusive administration comprising of women and minorities.

In his remarks, PM Modi emphasised the centuries-old people-to-people ties between India and Afghanistan. "The Prime Minister mentioned that over the last two decades, India has contributed to promoting socio-economic development and capacity building of youth and women in Afghanistan. He recalled that over 500 development projects have been implemented by India in Afghanistan," PMO said in a press release.

Participated in the G20 Summit on Afghanistan. Stressed on preventing Afghan territory from becoming the source of radicalisation and terrorism.

Also called for urgent and unhindered humanitarian assistance to Afghan citizens and an inclusive administration.

PM Modi said that Afghans had a great feeling of friendship for India and conveyed that every Indian citizen felt the pain of Afghans facing malnutrition and hunger. He urged the international community to provide immediate humanitarian assistance to the war-ravaged nation.

The Prime Minister also emphasised the need to ensure that the war-torn count did not turn into a source of terrorism and radicalisation, regionally and globally. "He emphasized on the need to enhance our joint fight against the nexus of radicalization, terrorism and the smuggling of drugs and arms in the region," the statement said.

At the G20 virtual meet on Afghanistan, PM Modi stressed that inclusive administration, which included women and minorities, is needed in Afghanistan to preserve the socio-economic gainst in the 20 years and to restrict the spread of radical ideology.

"He conveyed support for the important role of the United Nations in Afghanistan and called for renewed support of the G20 for the message contained in UN Security Council Resolution 2593 on Afghanistan. The Prime Minister called on the international community to forge a unified international response without which it would be difficult to bring about the desired change in Afghanistan’s situation," the statement added.

A unified international response based on UNSC Resolution 2593 is necessary to improve the situation in Afghanistan. 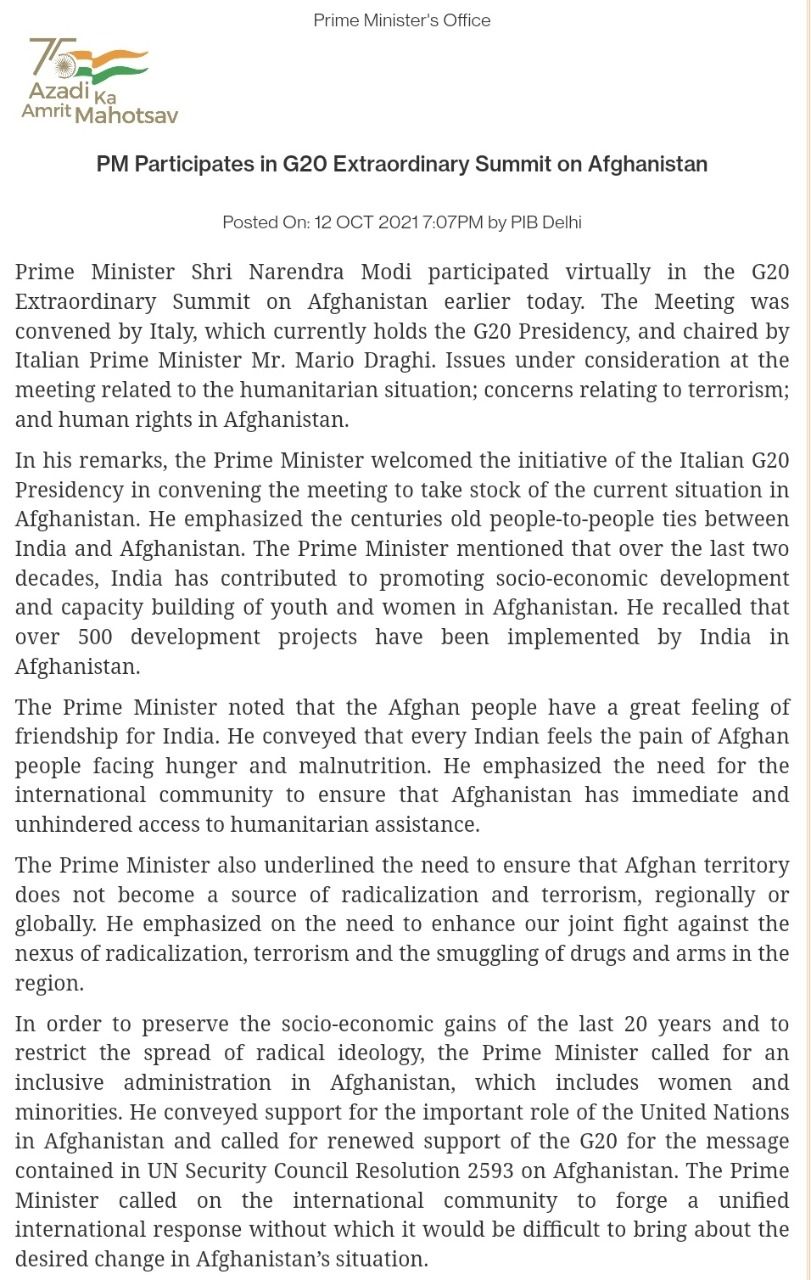 Following the announcement of the US departure from Afghanistan, the Taliban quickly gained control over the war-ravaged nation. In September, the extremist group announced the formation of the 'Islamic Emirate of Afghanistan' government with Mullah Mohammad Hasan Akhund as its leader. The new cabinet included 33 ministers. However, no women and minorities were featured in the list, raising eyebrows over the Taliban's promise of inclusiveness.

Due to the sudden collapse of the economy after the Taliban's takeover, Afghanistan is on verge of a humanitarian crisis due to a shortage of food and supplies. The severe drought in the region has also worsened the situation. To tackle humanitarian catastrophe, the UN has appealed to nations to provide humanitarian aid to Afghanistan.