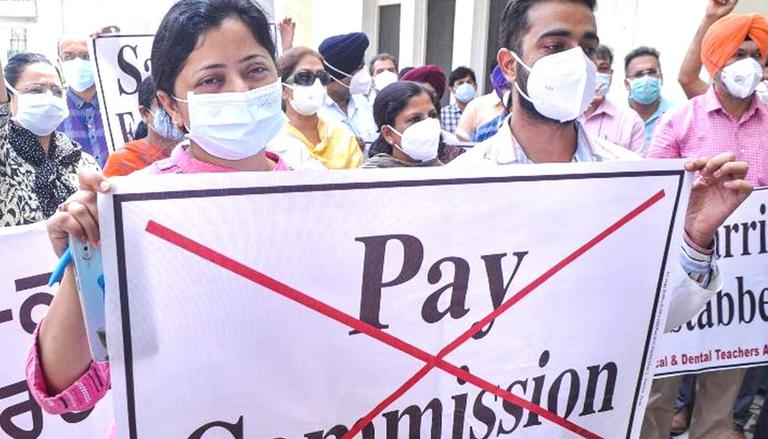 
Doctors in Punjab will be set out on a three-day strike starting from July 12 owing to a lack of adequate response from the CM Capt Amarinder Singh-led government towards their demands. The doctors in the state have been protesting against the State’s Sixth Pay Commission’s recommendations on delinking of Non-Practicing Allowance (NPA) from the basic pay, reduction in Non-Practising Allowance from 25% to 20% and more. The decision of the strike was made by the Joint Government Doctors Coordination Committee (JGDCC).

As per reports, Dr Gagandeep Shergil, Senior Vice President of the Punjab Civil Medical Services Association said that due to the failure of the Punjab government to withdraw the implementation of the Pay Commission’s recommendations, the JGDCC had a meeting on Saturday and decided to shut down health and veterinary services including outpatient department (OPDs) from July 12 to July 14.

He further said that they were forced to call for a strike again due to the government’s silence on the NPA issue. Earlier in 2021, CM Amarinder Singh constituted a committee of ministers to resolve this matter and had directed the Chief Secretary to constitute an officers' committee to personally hear the grievances of the doctors. Since then, there has not been a final conclusion to the matter even though CM Amarinder Singh has faced multiple instances of doctors going on strike.

As per reports, the committee decided that all the doctors would boycott the OPDs but the JGDCC would run parallel OPDs in the lawns of the hospitals so that the needy persons were not deprived of services. While OPDs will be shut, emergency services, COVID post mortem and medico and veteran legal services will be continued during the strike as well. The doctors had previously postponed the strike due to assurance given by Balbir Singh Sidhu, the state Health Minister.

In protest of the Sixth Pay Commission’s recommendations on Non-Practising Allowance, Dr Amarjit Singh, Animal Husbandry Department Deputy Director, also resigned from his post. Medical professionals in the state of Punjab have gone on strike numerous times lately due to their demands being unmet, and they have warned that they will intensify their agitation if this continues to go on.