In a massive development, the Punjab police on Tuesday registered an FIR against the ISI-backed Khalistan ideologue Sikh for Justice chief Gurpatwant Singh 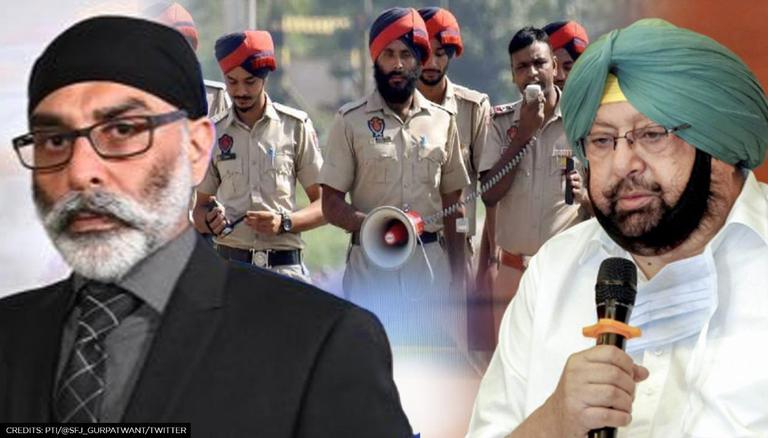 
In a massive development, the Punjab police on Tuesday registered an FIR against the ISI-backed Khalistan ideologue Sikh for Justice (SFJ) chief Gurpatwant Singh Pannu and other members for their continued attempts to promote violence in the state and the recent assassination threat against Punjab Chief Minister Captain Amarinder Singh.

"The FIR (no. 34) has been registered at State Cyber Crime Police Station SAS Nagar, under Sections 10 (a) and 13 (1) of the Unlawful Activities (Prevention) Act, 1967, besides sections 153, 153A IPC, and Section-124 A of IPC", disclosed DGP of Punjab Dinkar Gupta, adding that Gurpatwant Singh Pannu and his associates had been found promoting violent extremist action and threatening assassination of the Chief Minister, an elected constitutional Head of government of the State of Punjab.

After the Punjab Police filed an FIR, Captain Amarinder Singh in a statement outlined that Punjab was the 'land of the Gurus' who had always propagated the ideology of oneness of humanity and that the state was home to all people, regardless of religion, caste and creed. The Chief Minister added, "Gurpatwant Singh Pannu’s pathetic attempts to once again fan hatred, divisiveness and violence in the name of religion and in the garb of a peaceful secessionist campaign for the attainment of Khalistan has already been strongly repudiated by the people of Punjab and India, who want to live and prosper in peace."

Warning against making any attempt to disturb the state’s peace, stability, and communal harmony, Captain Amarinder Singh said, “Nobody will be allowed to disturb the hard-earned peace of Punjab and again plunge our people into the dark abyss of the terrorism days, which took thousands of innocent lives. The Chief Minister of Punjab added that a  'befitting response' will be given to SFJ’s disruptive and divisive acts.

SFJ is a US-based secessionist group that pushes for Sikh Referendum 2020 as part of its separatist agenda. The group's primary objective is to establish an "independent and sovereign country" in Punjab. To meet the objective, the group came up with a website in February, which was banned on the orders of the Department of Telecommunications just four days after its launch.