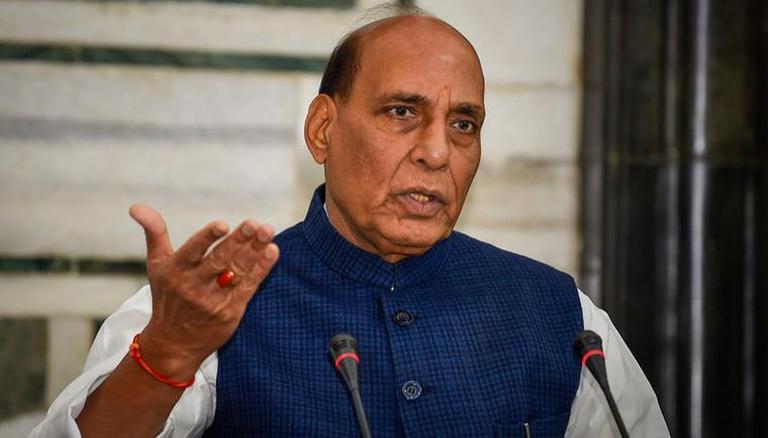 
Taking the clarion call of ‘Atmanirbhar Bharat’ ahead and to boost indigenisation in the Defence sector, Defence Minister Rajnath Singh has approved a proposal of the Department of Military Affairs, Ministry of Defence (MoD) to notify the ‘Second Positive Indigenisation List’ of 108 items. This will further give a boost to indigenisation with the active participation of the public and private sectors for fulfilling the twin objectives of achieving self-reliance and promoting defense exports. All the 108 items will now be procured from indigenous sources as per provisions given in Defence Acquisition Procedure (DAP) 2020.

The second list lays special focus on weapons/systems which are currently under development/trials and are likely to translate into firm orders in the future. Like the first list, import substitution of ammunition which is a recurring requirement has been given special focus. The list recognizes the potential of the local defense industry while it will also encourage domestic Research &Development by attracting fresh investment into technology and manufacturing capabilities. 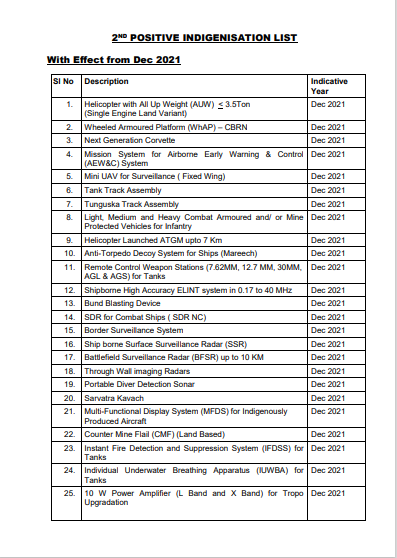 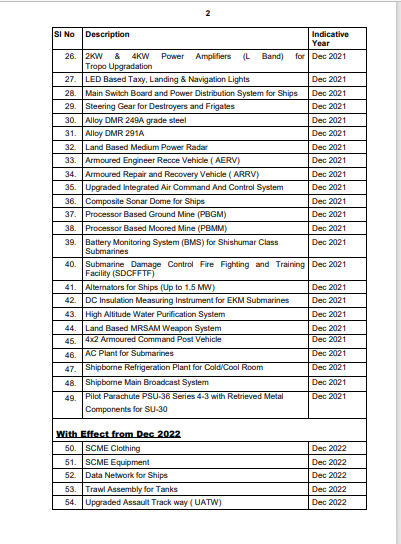 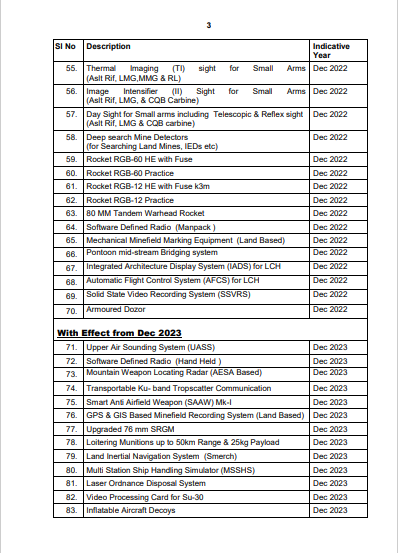 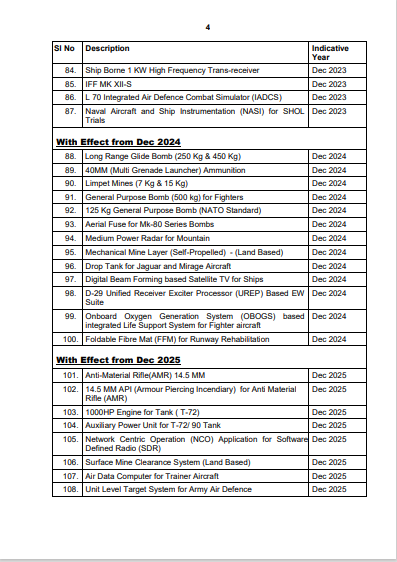 This second list has been prepared by MoD after several rounds of consultations with government and private manufacturing industries to assess future capabilities of Indian Industry which will be able to meet the requirements of the Armed Forces.

The Defence industry can not only utilize this golden opportunity to build robust Research and Development facilities but also will enhance the self-reliance pursuit of the nation. The second positive list also provides an excellent opportunity for ‘start-ups’ as MSMEs will also get a tremendous boost from this initiative.

In August 2020, the ‘First Positive Indigenisation’ List comprising 101 items was notified, in pursuance of the Government’s endeavour of ‘AtmaNirbhar Bharat Abhiyan’ and to boost indigenization in the defense sector. The second list will further enhance the 'Make in India' initiative of the government.