Ram Temple's Work Under Process For Second Foundation, To Be Completed By January End

Ram Temple's Teerth Kshetra Trust told media persons that a part of the foundation was completed while work for the second foundation is under process. 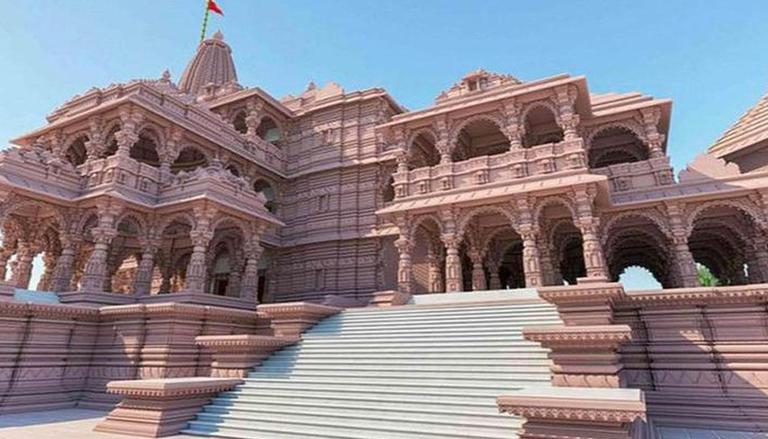 
A day after a 3D film on the construction of the Ayodhya Ram Temple was released, Shri Ram Janmabhoomi Teerth Kshetra Trust told the media person that the second phase of its foundation work would be ready by January end. The trust also added that the construction work of Ram Temple in Uttar Pradesh's Ayodhya is underway in full swing and it goes on 24x7. The main temple is being built in a total area of 2.7 acres while the total built-up area is 57,400 square feet. The temple will be open for devotees to offer prayers by December 2023.

Meanwhile, a part of the foundation is completed, added Teerth Kshetra Trust:

"A part of foundation completed. Work is under process for second foundation, it will be completed within month of January," Champat Rai, General Secretary of Shri Ram Janmabhoomi Teerth Kshetra Trust told media persons.

The General Secretary of the Trust also revealed details of the ongoing construction and mentioned that around 17,000 stones of dimension 5 ft in length, 3 ft in breadth and 2.5 ft in height could be used in the formation of the temple.

The length of the Ram Mandir would be 360 feet and width 235 feet. The total height of the temple including the peak would be 161 feet and there would be three floors to it, each with a height of 20 feet.

Earlier on August 5, 2020, the foundation stone was laid down by Prime Minister Narendra Modi for the Ram temple in Ayodhya.

On November 9, 2019, the Supreme Court of India delivered a landmark verdict in the decades-old Ram Mandi-Babri Masjid dispute. A five-judge bench of the apex court unanimously ruled in the favour of Ram Lalla and handed over the entire disputed land to a trust which would be set up by the government.

Taking to Twitter, the trust announced the release of the 3D movie and wrote, “Presented here is a 3D movie showing the process of construction of Shri Ram Janmbhoomi Mandir at Shri Ram Janmasthan in Ayodhya. Jai Shri Ram!”

The trust official while speaking about the movie asserted, "Through YouTube, we've tried to show ongoing construction work of Ram Mandir with the help of a 3D movie."