A serious allegation of "bias", "leaking" selective informations and protecting "illegal acts" have been levelled against the BCCI in a letter.

A serious allegation of "bias", "leaking" selective informations and protecting "illegal acts" have been levelled against the BCCI in a letter written to the Board's Electoral Officer for Oct 22nd elections.

Republic TV is in possession of the letter of complaint to BCCI''s Electoral Officer N Gopalaswami, in which DDCA secretary Vinod Tihara has alleged that  that top officials have been illegally nominated as the associations representative to the BCCI without convening an AGM or SGM to seek the mandatory approval of the members.

In the letter, Tihara says:

"This representation is an honest and earnest effort to highlight and bring to your immediate notice and seek corrective directions from your esteemed office to ensure that the majesty of the Hon''ble Delhi High Court Judgement dt.23.03.2018 in WP(C) No.7215/2011 and Hon''ble Supreme Court Judgements in Civil Appeal No.4235/2011 dt.09.08.2018 and 20.09.2019 are not violated by the DDCA by getting its President as its representative for the BCCI AGM/Election having been nominated by the 17 member Apex Council, without convening an AGM/SGM thus without seeking the mandatory approval of the 4350 odd members of the DDCA, thereby wilfully violating the directions, judgement of the Hon''ble Delhi High Courts and Supreme Court judgement dt.09.08.2018 and 20.09.2018."

The DDCA secreatry said: "The Treasurer is a sitting MLA in the Delhi Legislative Assembly. Further the Apex Council has no ''male and female cricket player representations'' despite there being a mandatory direction of the Supreme Court. The above anomaly and violation has been repeatedly highlighted by other fellow directors and members of the DDCA to the CoA of the BCCI, but of no avail. Unfortunately, no remedial action were taken by the office of the CoA. Rather, the COA has been illegally siding and approving the actions of the President, DDCA,"

Tihara alleged that "Despite bringing to the notice of the CoA that all emails from the BCCI are being ''purposely & secretively'' forwarded to the President alone and the Secretary was being deliberately kept in dark, with ulterior motive and which is a flagrant violation of the Supreme Court Judgement, but of no avail. The protection offered to such dereliction was not without any design. No action or response to the e-mail were given by the CoA or any official of the BCCI. All requests, for an appointment and hearing were ignored, much to the shock and surprise of all at the DDCA. Clearly, the entire team at the BCCI echelon, is guilty of protecting an illegal act by the DDCA." 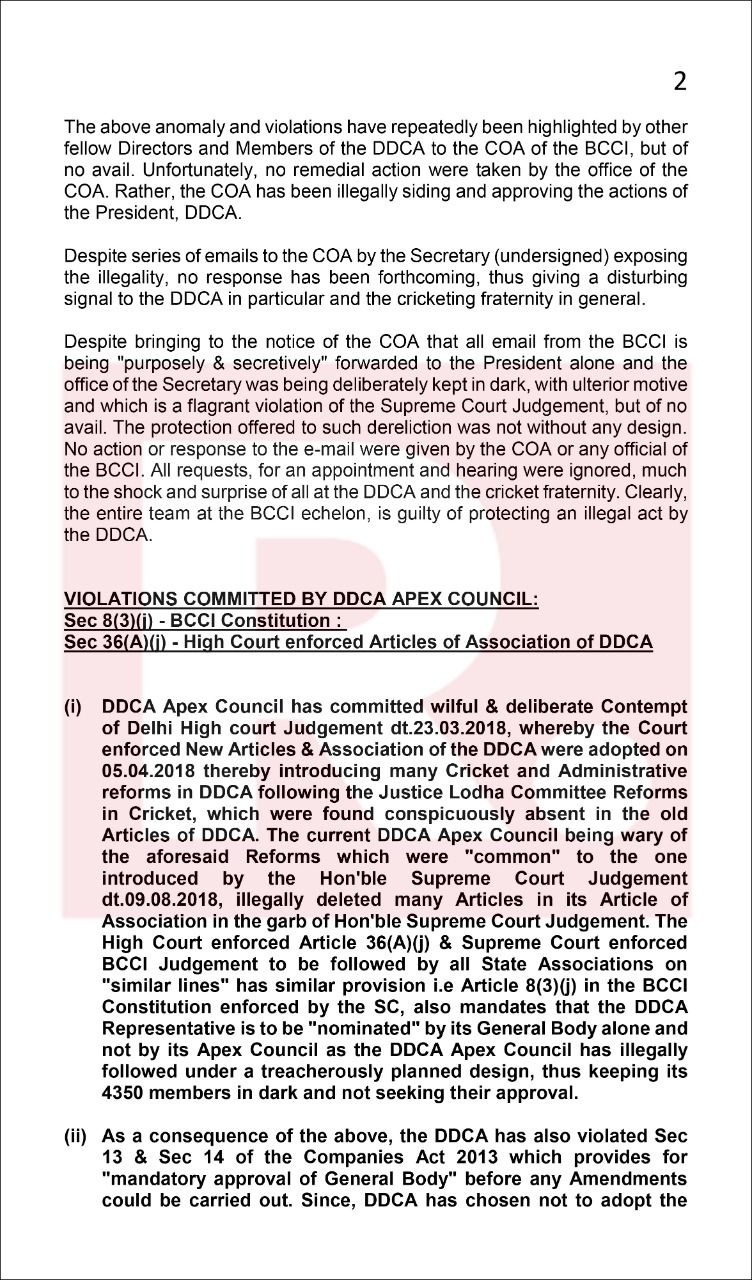 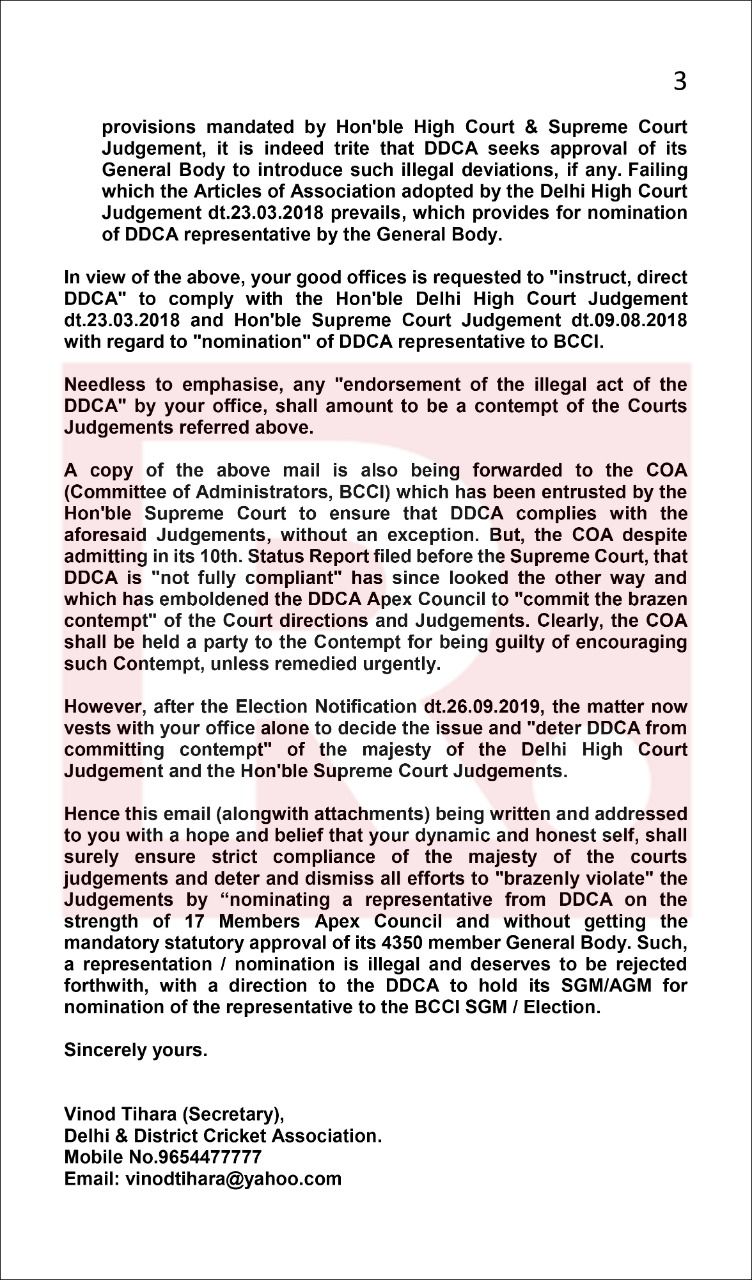 The DDCA president's office however, refuted all such charges saying these allegations are baseless trivial and frivolous.