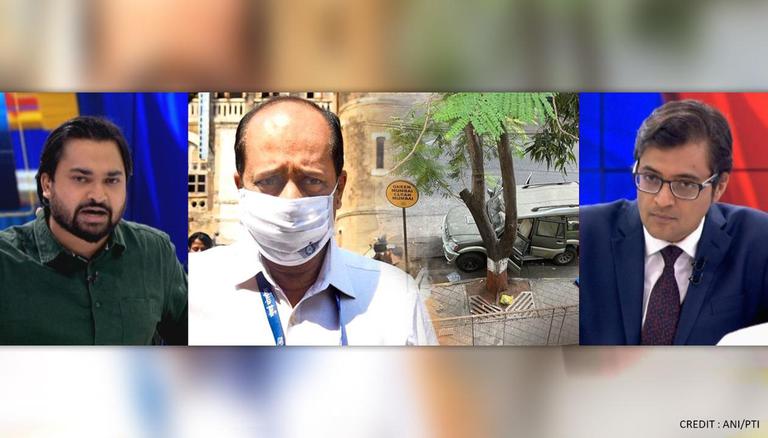 
In a massive development in the Vazegate conspiracy, astonishing details about how sacked former Assistant Police Inspector Sachin Vaze carried out the Antillia bomb scare and plotted the murder of businessman Mansukh Hiren have come to light from the National Investigation Agency's chargesheet, which Republic has accessed.

Prime accused Sachin Vaze, and his aide and fellow encounter specialist Pradeep Sharma have been charged with murder by the NIA in the Antilia Bomb scare case and the Mansukh Hiren Murder case. The NIA's chargesheet runs into over 10,000 pages and has involved the recording of statements from over 200 witnesses.

On Friday evening, Republic TV accessed exact details of the 10,000-page chargesheet which clearly states that Sachin Vaze not only hatched a criminal conspiracy to place a Scorpio laden with gelatin sticks and a threat note, addressed to the Chairman of a major business group, near his residence, but, in fact, was instrumental in the car physically being placed there. All this, to regain his clout as an 'ace detective encounter specialist' of the Mumbai Police, the NIA said.

As part of his well-planned conspiracy, Sachin Vaze ensured that he was the prime investigative officer of the Antilia bomb scare case and attempted to falsely project that the crime had been committed by a terror organization 'Jaish-ul-Hind'.

Vaze had tried to get businessman Mansukh Hiren, the owner of the Scorpio, to file a false complaint of theft of the car, while in reality it is he who had taken the vehicle. When things got out of hand, the NIA states that Sachin Vaze began to threaten Mansukh Hiren and tried to pressurize Hiren to take responsibility for placing the vehicle, the chargesheet states. When Hiren refused, Vaze conspired with other co-accused Sunil Mane, Pradeep Sharma to eliminate Mansukh Hiren. He persuaded Mansukh Hiren to go into hiding till the matter gets settled and assured to facilitate the same.

To further this conspiracy, Sunil Mane picked up Mansukh Hiren and further handed him over to other co-accused persons Santosh Shelar, Anand Jadhav, Satish Mothkuri, Manish Soni who killed Hiren and dumped his body which was later recovered. To execute this, the accused persons used exclusive mobile phones & benami SIM Cards provided by Vinayak Shinde and Naresh Gor. Vaze had also conspired with Riyazuddin Kazi to destroy the evidence collected during the investigation being conducted by him while being IO of the case in CIU Mumbai, in order to avoid detection.

What is the Antilia bomb scare & Mansukh Hiren death case?

On February 25, a green Scorpio laden with explosive gelatin sticks along with a threatening letter was found outside the Ambani residence - Antilia. Later, on March 5, Mansukh Hiren, the owner of the car in question, was found dead at the Kalwa creek - with police claiming that he committed suicide by jumping into a stream.

Later, the then-Mumbai API Sachin Vaze who had actually been put in charge of the Antilia case was arrested by NIA on March 13, for his alleged involvement in the Antilia bomb scare and murder of Mansukh Hiren. Vaze was suspended again from police service amid the NIA arresting him and taking him into custody. Days later, the agency took over both high-profile cases. Vaze has since been sacked by the Mumbai Police and spent 4 months in Taloja jail before the NIA filed its chargesheet.