Sushil Kumar, who is lodged at Tihar Jail in connection with the Sagar Rana murder case has now requested the jail authorities for TV for wrestling updates. 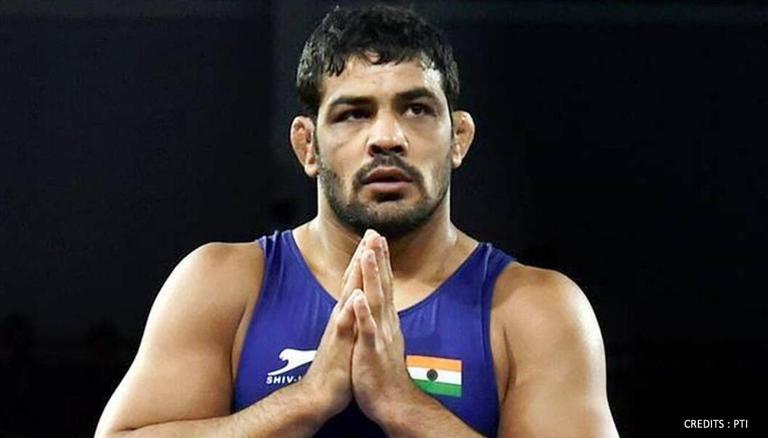 
Two-time Olympian and wrestler Sushil Kumar, who is lodged at Tihar Jail in connection with Sagar Rana murder case has now requested the jail authorities for a TV. According to Tihar Jail officials, Sushil Kumar has expressed that he needs a TV in order to get updates on wrestling. Earlier in June, the wrestler had also demanded a high-protein diet along with supplements till the time he remains in jail.

In a letter to jail authorities, wrestler Sushil Kumar has asked for a TV. He expressed that if he gets TV, he will get updates on wrestling: Tihar Jail officials

He is in Delhi's Tihar Jail in connection with the killing of 23-year-old Sagar Rana at Chhatrasal Stadium.

The Olympian had earlier filed an application at Delhi's Rohini Court demanding protein-rich food along with supplements till the time he remains in jail. According to the application moved by Sushil Kumar's counsel, he argued that Kumar is the only Indian to win two Olympic medals consecutively in individual sport for India. The application also outlined the diet requirements of Sushil Kumar that includes special food and supplements like isolate whey protein, Omega 3 Capsules, Jointment Capsules, Pre-Workout C4 and Hyde, Multivitamin GNC, Exercises Bands, etc. It added that it was necessary for Sushil Kumar to take a special nutrition diet.

"Denial of this basic requirement will have huge implication on career," the application read

However, the Delhi Court rejected his request for a special diet stating that every person was equal in the eyes of the law, including privileged ones. The court had also observed that the special food and supplements appear to be only the desires and wishes of the accused and are not in any manner the essential need or necessity.

"It is well-settled law that all the persons, whether natural or juristic, are equal in the eyes of law irrespective of their caste, religion, sex, class, etc. The right to equality is a basic feature of the Indian Constitution. It implies the rule of law. It also implies absence of any special privilege in any person due to his rank, status, whether rich or poor, etc. The law should be equal and should be equally administered, that like should be treated alike," the Court had responded.