A team of NCB, led by its Zonal Director Sameer Wankhede recovered 700 grams of purported banned substance from a courier parcel dated October 29. 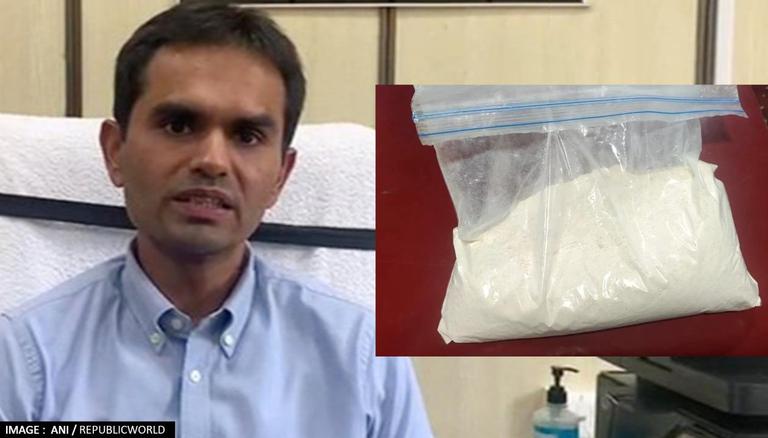 
The Narcotics Control Bureau (NCB) on Monday seized 700 grams of white-colored powder, purported to be heroin at the International Courier Terminal Sahar Cargo Complex in Mumbai.

Acting on specific information, a team of NCB, led by its Zonal Director Sameer Wankhede, recovered 700 grams of purported banned substance from a courier parcel dated October 29, the agency stated in a press release. During follow-up action, the NCB recorded the statement of the parcel's consignee - one Krishna Murari Prasad, a resident of Vadodara, Gujarat.

Prasad has been summoned to the NCB Mumbai office on Thursday for further interrogation.

Earlier on Tuesday, the NCB seized a large quantity of heroin from Mumbai's Vile Parle area. According to the information shared by the NCB, the seized heroin was worth crores in the international drug market. The suspect in the case was reported absconding by the agency and an FIR was filed in the case.

Twenty-eight days after being jailed by the Narcotics Control Bureau, superstar Shah Rukh Khan's son Aryan Khan walked out of Arthur Road jail in Mumbai on October 30. A day later, a Special NDPS court granted bail to seven others accused in the Cordelia cruise drug bust case. Over the course of their high-profile arrests, Sameer Wankhede, in particular, had come under political attack with Maharashtra minister Nawab Malik levelling a series of allegations and vowing to ensure Wankhede 'loses his job' within a year. Sameer Wankhede and his family have denied the allegations and moved government agencies such as the National Commission for Scheduled Castes to seek justice.