The 3-member Supreme Court-appointed panel held yet another meeting with 12 farm unions from different states regarding the stayed Farm laws, via video

The 3-member Supreme Court-appointed panel held yet another meeting with 12 farm unions from different states regarding the stayed Farm laws, via video conference. Issuing a press release, the 3-member panel stated that the unions and FPOs from Andhra Pradesh, Bihar, Jammu and Kashmir, Rajasthan, Telangana, Madhya Pradesh, West Bengal and Uttar Pradesh gave their frank views and detailed suggestions on the Farm Laws.  The Sanyukt Kisan Morcha - which has refused to talk to the SC panel -continue to protest at Delhi's borders - Tikri, Singhu, and Ghazipur for over 75 days. 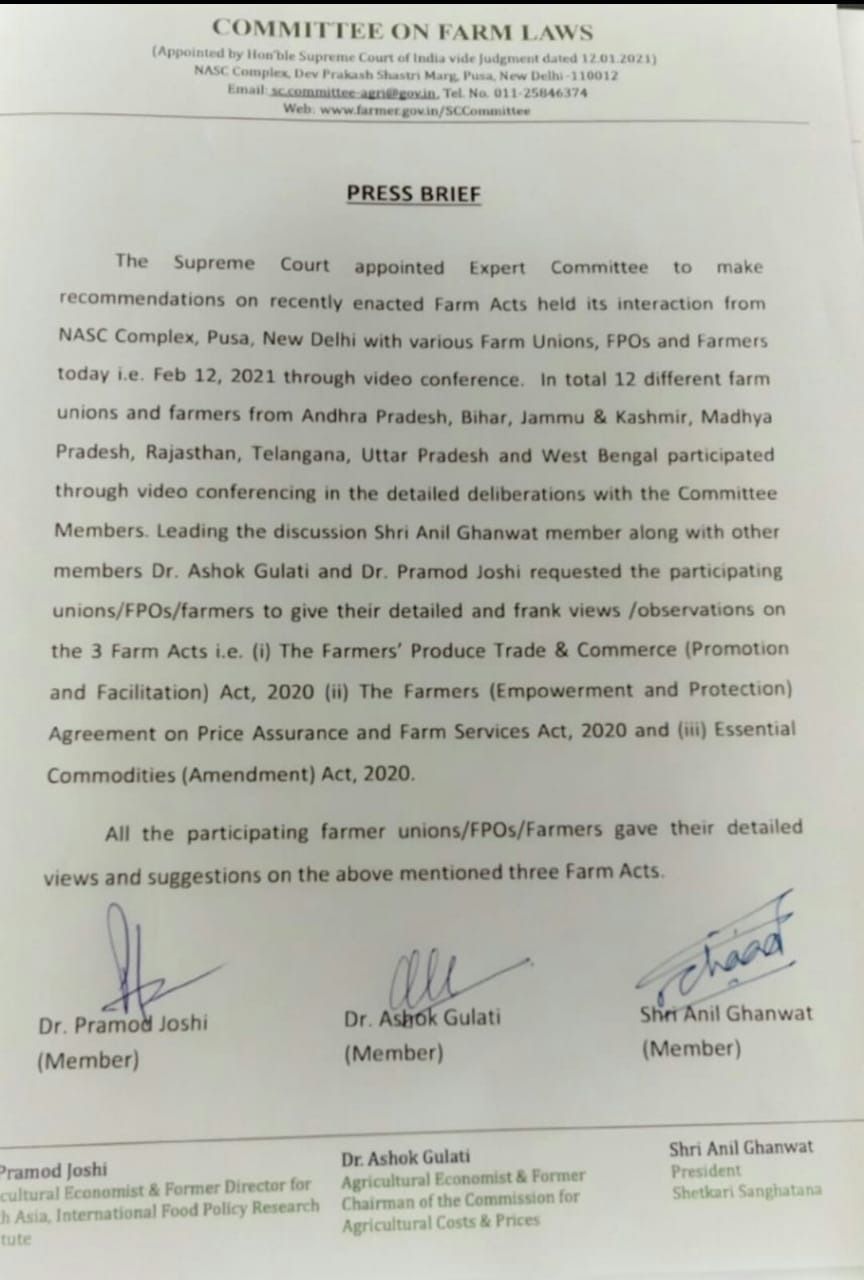 Despite Sanyukt Kisan Morcha (SKM)'s assurance and Delhi Police's conditions for the Republic Day tractor march, violence broke out on January 26, as the farmers entered Delhi - breaking barricades and cemented barriers, riding bikes brandishing swords, sticks and vandalising a bus, drove tractors at full speed towards the police - leading to clashes with Delhi police. As teargas shells, lathicharge was used, police claimed that over 500 personnel were injured and one protestor died after a tractor upturned. The most shocking act was when a group of farmers allegedly led by actor-turned-activist Deep Sidhu breached the Red Fort and hoisted the 'Nishan Sahib' and the Kisan Union flag atop the Red Fort's dome and the Khalsa flag on the flag pole. The Delhi police have filed over 25 cases, 44 FIRs and arrested 122 people - after a protestor died and 510 police personnel were injured.

After 11 rounds of Centre-farmer talks, the two parties failed to reach a middle ground on Friday after a five-hour meeting with the associations refusing to agree to the Centre's proposal for suspending the implementation of the aforesaid legislation for one and a half years. Union Agriculture Minister Narendra Singh Tomar categorically said that the Union government is ready for another meeting only if the farmers want to discuss this proposal. The Supreme Court has stayed the three laws and constituted a 3-member panel to hold talks with farmers. While Centre has welcomed this move, farmers have refused to participate in it, insisting to talk only with the Centre.