Section 50 Of NDPS Act Need Not Be Complied With For Vehicle Searches: Supreme Court

The Supreme Court observed that Section 50 of the Narcotic Drugs and Psychotropic Substances Act, 1985, need not be complied with while searching vehicles. 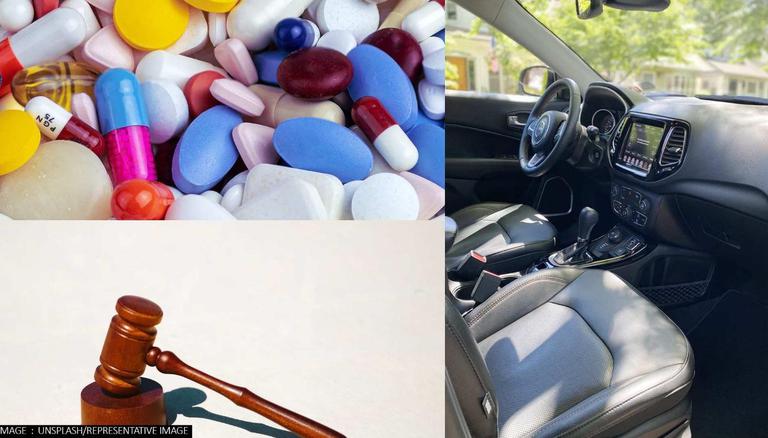 
The Supreme Court observed that provisions of Section 50 of the Narcotic Drugs and Psychotropic Substances (NDPS) Act, 1985, need to be complied with while conducting SEARCH OF PERSON but not in cases of a vehicle search while confirming the conviction of an accused under the NDPS Act.

Section 50 of the NDPS Act provides for 'conditions under which search of persons shall be conducted'. It was brought before the court that contraband was confiscated from a motorcycle driven by the accused during a public search and the same was "proved beyond a reasonable doubt."

"...therefore, the question of ownership of the vehicle is not relevant," a Bench comprising Justice Indira Banerjee and Justice JK Maheshwari observed while convicting the accused under NDPS provisions.

The accused, one Kallu Khan who has been convicted under Sections 8 & 21 of the NDPS Act and sentenced to undergo rigorous imprisonment for 10 years along with a fine of Rs 1,00,000, had argued that "in absence of handling and disposal of seized narcotic drugs/psychotropic substances, the danger of re­circulation of seized contraband back into the system cannot be ruled out," alleging that "the procedure, as contemplated under Section 50(1) of NDPS Act, has not been followed."

In addition, the appeal was set to challenge the missing connection between the vehicle and the accused, who was not the owner. Furthermore, the seized contraband has not been produced before the court as evidence during the course of the trial.

Stating that the illegal substance was found in the motorcycle, under the possession of the accused, the SC ruled out the angle of ownership.

In relation to the non-production of contraband in the court, the bench stated that the seizure of the contraband has been placed on record and the entire seized material need not be produced.