SII Founder Clarifies Statement On Mixing Vaccines; Says Efficacy Yet To Be Determined

On August 8, ICMR revealed that mixing of India's two COVID vaccines - Covishield and Covaxin was safe and showed better results. 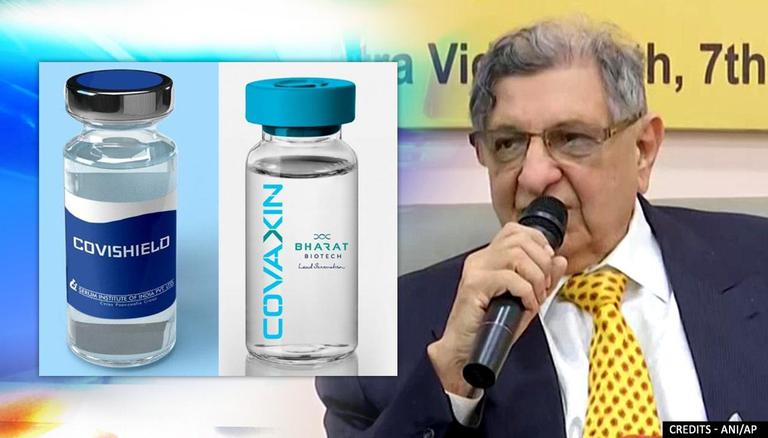 
Serum Insitute of India's founder Dr. Cyrus S Poonawalla on Friday asserted that those who have got their first dose of a particular COVID-19 vaccine and are awaiting their second dose, can go for some other vaccine as an 'alternative', in case of unavailability. He, however, said that the efficacy and the immunogenicity of the combination of the vaccines administered will be dependent on the ongoing studies conducted by regulators.

'Mixing of Covaxin and Covishield wrong': Founder of SII

The statement of Poonawalla comes on the same day when he expressed his strong disapproval to the mixing of vaccines doses. “It is very wrong to make a cocktail of vaccines. Such mixing is not at all proven in field trials…in the event something goes wrong, there could be a blame game between the two vaccine makers with each finding fault with the other’s vaccine,” he said.

On August 8,  ICMR revealed that mixing of India's two COVID vaccines - Covishield and Covaxin was safe and showed better results. In a study titled, 'Serendipitous COVID-19 Vaccine-Mix in Uttar Pradesh', ICMR did a study of 18 individuals who inadvertently received Covishield as the first jab and Covaxin as the second under the national immunisation program. Comparing those 18 subjects (11 male, 7 female) with 40 people who had received two doses of Covishield and 40 who had received two doses of Covaxin, the team observed the effect of the vaccines after nine weeks. The team found out that all three groups had minimal adverse reactions after two doses.

The results showed that those who received a mix of vaccines (an adenovirus vector platform-based vaccine followed by an inactivated whole virus vaccine) elicited better immunogenicity than two doses of using the same vaccines. "It is observed that the neutralizing NAbs were 1.25, 3.95 and 1.30 fold reduced in the heterologous (mix dose) group for Alpha, Beta and Delta. Similarly the NAb were reduced homologous Covishield [1.33, 3.9, and 2.74], homologous Covaxin [1.4, 2.45, and 2.08] for Alpha, Beta and Delta," said the study. ICMR stated that this study, which is the first of its kind, will remove hesitancy around vaccines in people’s minds.

On July 29, Central Drugs Standard Control Organisation (CDSCO) had given its nod to conduct studies on mixing doses of the COVID-19 vaccines, Covaxin and Covishield. The application for the dosage mixing regime study for India’s domestically-manufactured Covishield and Covaxin was submitted to Christian Medical College (CMC), Vellore, and the expert panel has asked CMC to perform the clinical trials for the same. The trial will be conducted on 300 volunteers. The study aims to find the efficacy when shots for the vaccine are mixed during the two-dose regime.