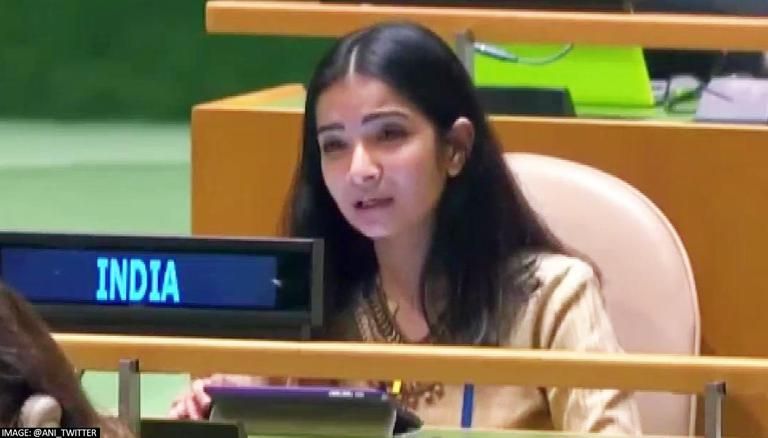 
The young Indian Foreign Service (IFS) Officer, Sneha Dubey attracted the limelight on Saturday morning after she presented a befitting reply to Pakistan who peddled lies on Jammu and Kashmir. Dubey in her fierce address at United Nations General Assembly (UNGA) said that this is not the first time Pakistan PM Imran Khan has misused the platform of UNGA for his propaganda. She also clearly highlighted that Pakistan is a country that provides 'free pass' to terrorists while ordinary people continue to suffer.

At a very young age, Sneha managed to hold a crucial position for India and maintained the nation's status. Sneha who hailed India's pride by passing on the fearless reply at UNGA is not an active social media user.

Who is Sneha Dubey?

First Secretary, Ministry of External Affairs at UNGA, Sneha passed the civil services examination in the very first attempt in 2011. The young diplomat spent most of her childhood in Goa and completed her studies there. Later, Dubey pursued her graduation from Pune's Fergusson College and later did her MPhil (Masters' in Geography) from Delhi's Jawaharlal Nehru University. She always had a passion for international affairs.

She was only 12 when she realised her interest in foreign services and says that her inspiration to join the foreign services was a combination of learning about international affairs, the thrill of discovering new cultures representing India. She is the first person in her family to have joined Government services while her father works at a multinational company and her mother is a teacher. After being selected for the foreign services, her first appointment was in the Ministry of External Affairs. Then in August 2014, she was sent to be the Indian Embassy in Madrid.

Only a few hours after her speech went viral, Sneha Dubey was searched and praised by Indians and she started trending on social media platforms.

Sneha Dubey, First Secretary, MEA countered Imran Khan's rhetoric speech on J&K in an emphatic manner and asserted, "while such statements deserve our collective contempt, I am taking the floor to set the record straight. Regrettably, this is not the first time that the leader of Pakistan has misused platforms provided by the UN to propagate false and malicious propaganda against my country and seeking in vain to divert attention from the sad state of his country where terrorists enjoy a free pass while the lives of ordinary people especially those belonging to the minority communities are turned upside down".