After Home Ministry downgraded the security cover of the Gandhi family from SPG to Z+ level, Sonia Gandhi wrote a letter to SPG chief to express gratitude.

After the Union Home Ministry downgraded the security cover of the Gandhi family from SPG to Z+ level on Friday, Congress interim President Sonia Gandhi in a letter to SPG Chief Arun Sinha, expressed deep appreciation and gratitude to the Special Protection Group for looking after security and wellbeing of the family with such dedication and discretion. 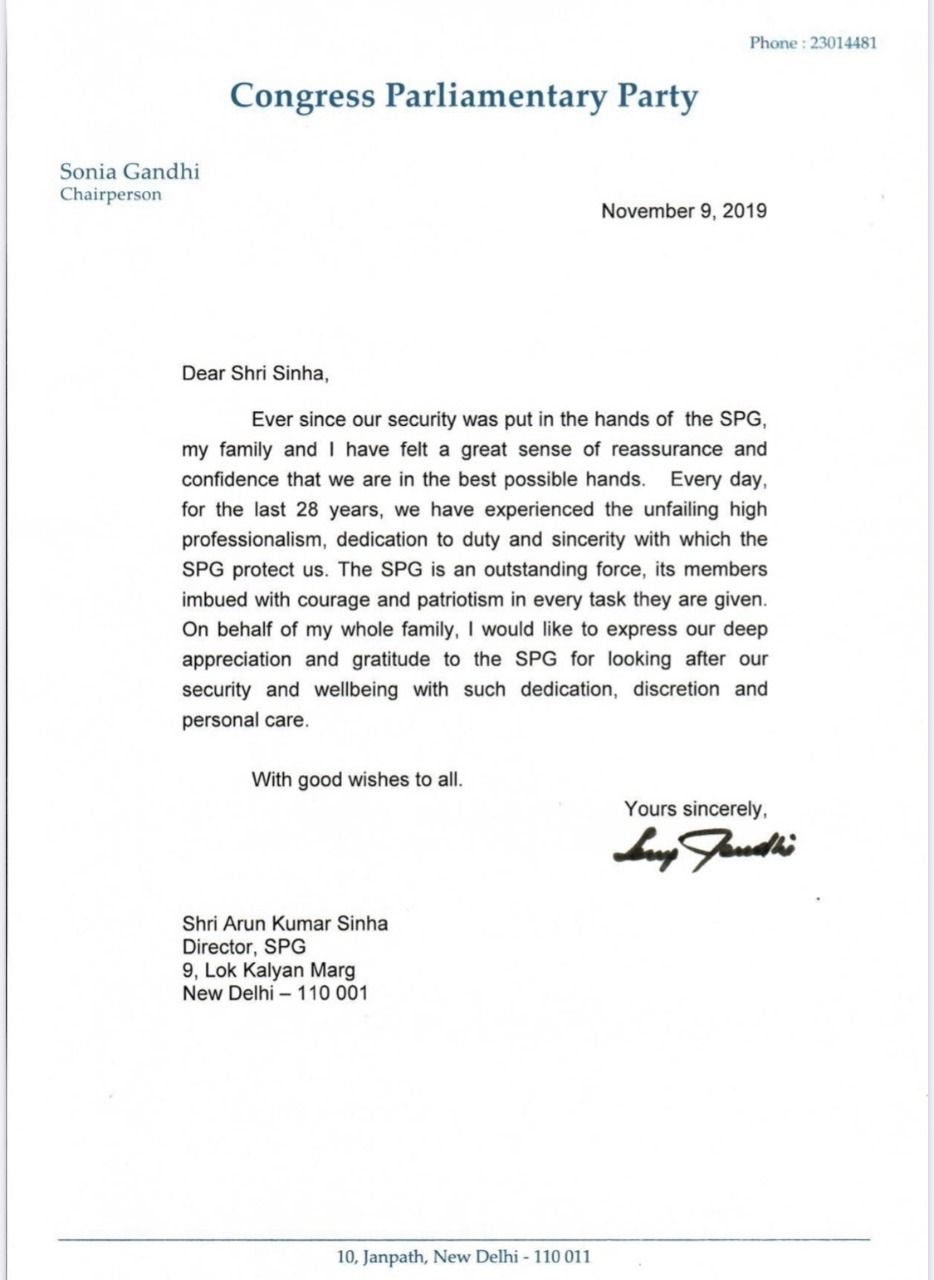 Top sources have told Republic TV that Sonia Gandhi did not use SPG BR (bullet-resistant) vehicle on 50 occasions while travelling in New Delhi between 2015 and May 2019. Sources further said that on 49 occasions, Rahul Gandhi drove her in a non-BR car. The interim Congress President also undertook 13 unscheduled visits to various places in the country in the last 5 years [till May 2019] during which she used non-bullet resistant cars. She also did not take SPG officers on 24 of her foreign visits since 2015.

READ | Ashok Gehlot: 'SPG cover of the Gandhi family should not be withdrawn'

Rahul Gandhi thanks SPG for service

Rahul Gandhi on Friday evening expressed his gratitude to the elite unit for protecting him and his family. Taking to Twitter he thanked the members of the Special Protection Group for their dedication and a journey filled with "affection and learning". The former Congress president along with the current Congress chief Sonia Gandhi and sister Priyanka will now be guarded by commandos of the Central Reserve Police Force (CRPF) and National Security Guards (NSG).

A big thank you to all my brothers & sisters in the SPG who worked tirelessly to protect me & my family over the years. Thank you for your dedication, your constant support & for a journey filled with affection & learning. It has been a privilege. All the best for a great future.