Tamil Nadu Chief Minister MK Stalin has written a letter to PM Modi stressing upon the need of reopening the Chengalpattu vaccine plant for production. 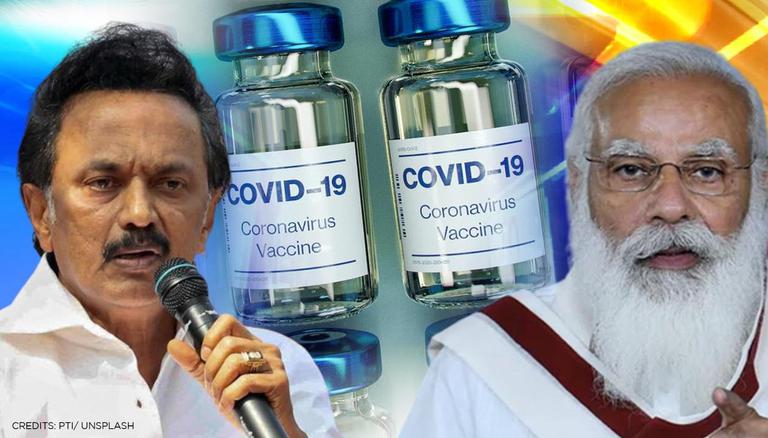 
Nearly two days after signaling shortage of COVID-19 vaccines in Tamil Nadu, Chief Minister M K Stalin, on Tuesday wrote a letter to PM Modi requesting him to reopen the Chengalpattu plant for Vaccine production. The Chief Minister had written a similar letter last week for the production of COVID-19 vaccine at a HLL Biotech facility near Chennai. In his letter, CM Stalin highlighted the need of the hour and urged for Centre's action.

The Chief Minister also wrote that the Centre will receive full support from the state 'in putting this national asset to its full use'.

'Irrespective of whether it is the union government or state government which is to find the partner to operationalize the plant, the need of the hour is to ensure that there is absolutely no further delay in the process. I once again assure you the unflinching and wholehearted support of my government in putting this national asset to its full use," wrote CM Stalin.

Highlighting the current urgency, M K Stalin wrote that immediate commencement of the production is required.

Shortage of vaccine in Tamil Nadu

While mentioning how the state emerged successful in eliminating vaccine hesitancy and created a demand, CM wrote that Tamil Nadu did not receive vaccine allocation according to its population. The state government has demanded a special allocation of 50 lakh doses from the Central Government. The Chief Minister also wrote about the earlier supply of vaccines which were 25.84 lakh doses at first and then 16.74 lakh.

Thanking Prime Minister for this allocation, CM Stalin pointed out that this was just 'commensurate' and the state wants to correct the earlier lower allocation.

"Our request for special allotment to correct the earlier lower allocation is still to be addressed. I once again request you to look into this issue and ensure that Tamil Nadu is allocated vaccines at levels comparable to comparable states," wrote Tamil Nadu CM Stalin.

The letter further states that Tamil Nadu has "almost exhausted vaccines" in its inoculation campaign. The Chief Minister lastly requested PM Modi to priorities his state and supply June's allocation in the first month itself. According to the Chief Minister, vaccine allocation will sustain the momentum created by the state government in the 'last fortnight'.