Supporting BJP In By-polls, But Yet To Decide On Returning To NDA: Chirag Paswan

''The Lok Janshakti Party is supporting the BJP in by-polls to Mokama and Gopalganj. The decision has been taken in the interests of Bihar,'' Paswan said. 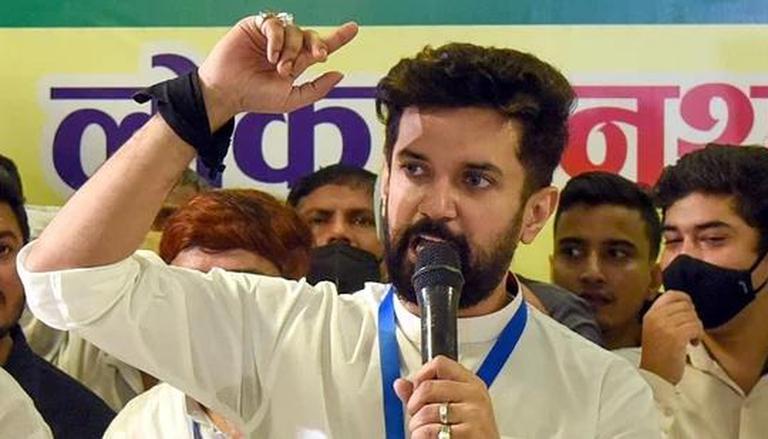 
Patna: Former Lok Janshakti Party president Chirag Paswan on Monday hinted that his support to the BJP in by-elections to two assembly segments in Bihar did not amount to an unconditional rapprochement with the NDA, which has accommodated his mutinous family members.

Paswan, who heads a splinter group of the party founded by his late father Ram Vilas Paswan, spoke to journalists here before leaving for Mokama, about 100 kilometres away, one of the two seats where by-polls are scheduled on Thursday.

The Lok Janshakti Party (Ram Vilas) is supporting the BJP in by-polls to Mokama and Gopalganj. The decision has been taken in the interests of Bihar. What is going to be the shape of the NDA in the days to come, we cannot say, he told reporters.

Paswan was replying to a query as to whether he has given up his earlier insistence on expulsion from the NDA of the rival splinter group Rashtriya LJP, controlled by his uncle Pashupati Kumar Paras and cousin Prince Raj, both of whom rebelled last year to split the party.

The young Jamui MP, who had revolted against Chief Minister Nitish Kumar's JD(U) in the 2020 assembly polls vowing to help the BJP form its own government, grew disillusioned with the saffron party after it recognised the split engineered by his mutinous uncle and accommodated him with a cabinet berth at the Centre.

His agreeing to campaign for the BJP has come as a shot in the arm for the party which was wrecked by the upheaval earlier this year when Kumar snapped ties, stripping it of power, and joined the Mahagathbandhan which includes the RJD, Congress and the Left.

He, however, ducked questions about offers of a ministerial berth for himself, speculations about which have intensified in the wake of his revelation that he met Union Home Minister Amit Shah last week and another meeting with him, and even with Prime Minister Narendra Modi, was on the cards.

I have no knowledge about these. I must state that had I wished to bargain for a ministerial berth, I would have got it long back. I do not take my political decisions on the basis of personal considerations, said Paswan, who had felt mortified earlier this year when he was made to vacate the 12, Janpath bungalow his father occupied till his death and which had also come to serve as the LJP's national headquarters.

Training his guns at Nitish Kumar, he said, This man is responsible for the backwardness of Bihar and I will continue to fight him every inch. The RJD is now in power as his ally and the victory of its candidates will strengthen him. I do not want it to happen in the interests of Bihar.

Interestingly, Paswan, who is all of 39 years, has been blaming the septuagenarian Chief Minister, a contemporary of his late father, for all his woes, including the split in his party and the Centre's decision to oust him from the New Delhi bungalow.

The acrimony has often bewildered Kumar who, earlier in the day, lashed out at the BJP which he and his JD(U) accuses of having propped up the young leader.

Bachcha hai (he is just a kid), Kumar had remarked while wistfully recalling his old association with Paswan senior, whom he had once made the offer of the Chief Minister's post.