The Supreme Court ruled on Friday that an inquiry against CBI Director Alok Verma must be completed within two weeks.

The Supreme Court ruled on Friday that an inquiry against CBI Director Alok Verma must be completed within two weeks. The top court also said that interim CBI Director M Nageshwar Rao can’t take any policy decision till the court hears the matter again on November 12. Republic TV has now accessed the 4-page order copy, wherein the apex court ordered a CVC inquiry under the supervision of retired Supreme Court Judge AK Patnaik. 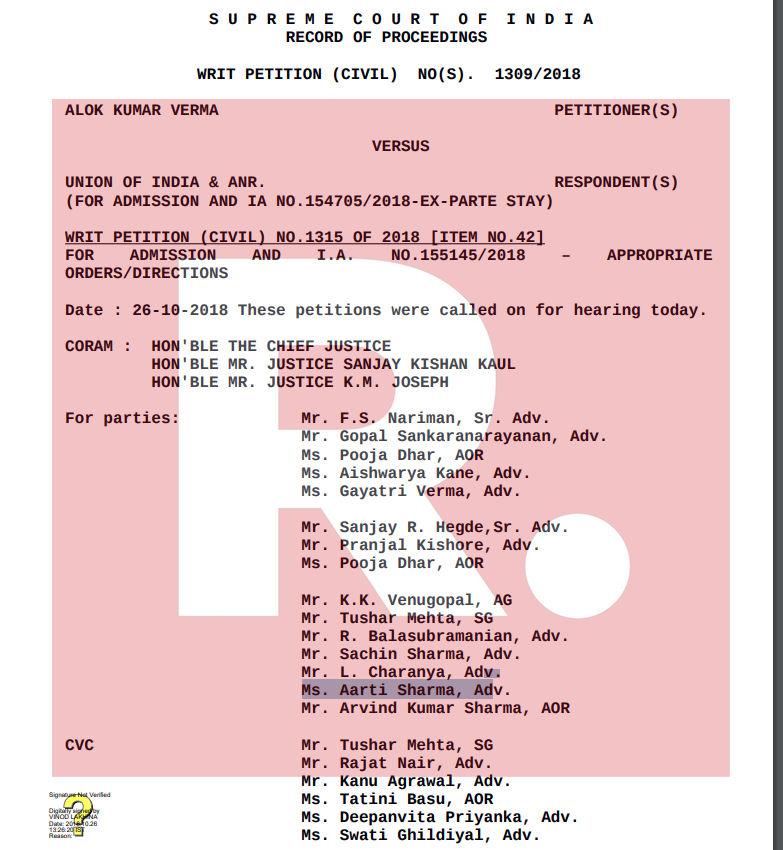 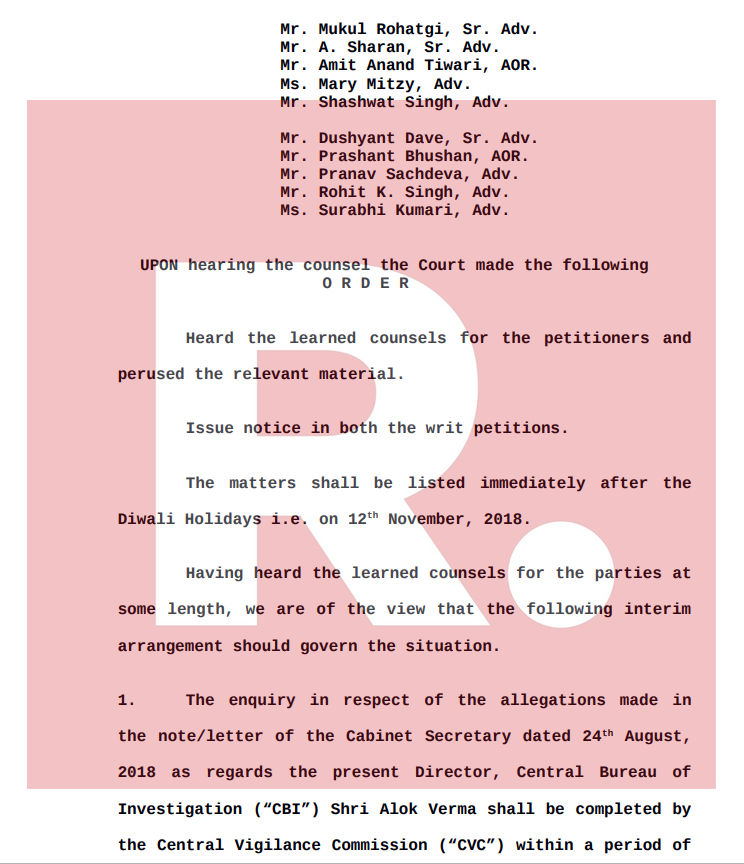 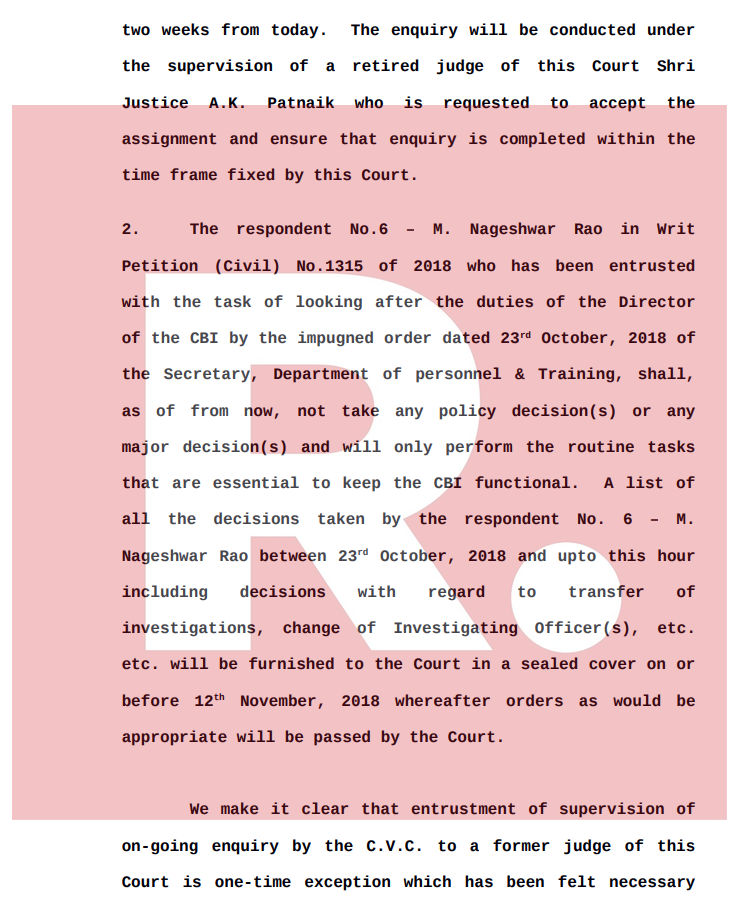 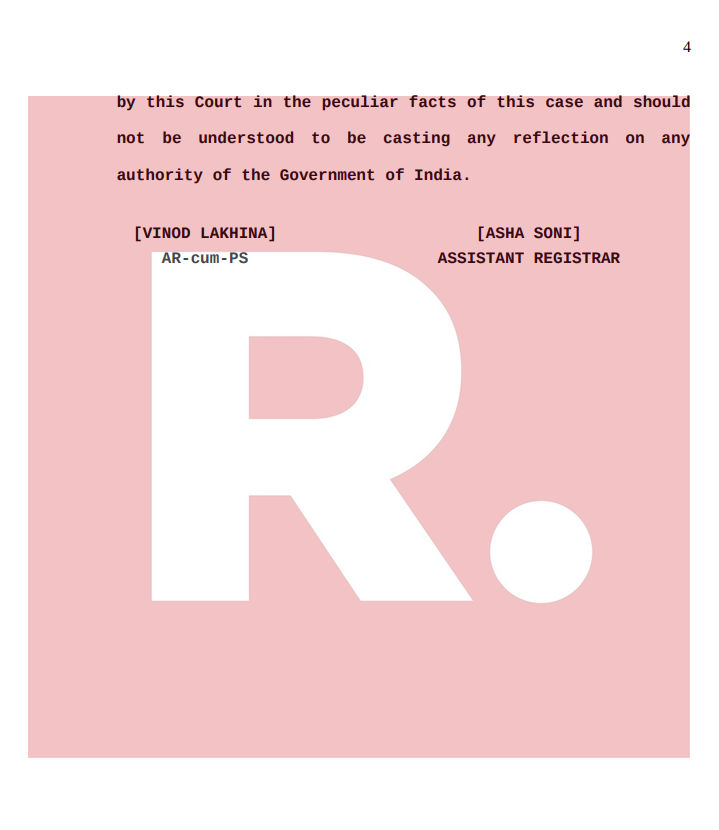 “The Supreme Court while pronouncing the order said, "Inquiry in respect of the allegation made in the note of the Secretariat as regards the present CBI Director Alok Verma shall be completed by the CVC within a period of two weeks from today. The inquiry will be conducted by the retired SC judge AK Patnaik," stated CJI Ranjan Gogoi in his order.

"CVC will carry on probe in 10 days under the supervision of a judge of this court. M Nageshwar Rao shall perform only routine task. Change of investigating officer by CBI will be furnished in sealed cover on November 12 before Supreme Court. Rao will not take any policy decisions till Supreme Court hears the matter again" he added.

Senior lawyer General Fali S Nariman, who was representing Verma, had cited the Vineet Narain judgement to say that the CBI Director enjoys a protected two-year tenure. Nariman had also submitted that the "order passed by the CVC and Union Government was without any authority under the law."

Meanwhile, the Supreme Court has issued a notice to CVC, the Centre and CBI Special Director Rakesh Asthana on their pleas.

Earlier in the day, Asthana had moved the Supreme Court challenging the central government's decision to send him on leave.

Earlier on October 24, Verma had moved the apex court against the Centre's leave order.

Gopal Sankaranarayanan, the lawyer appearing for Verma, had told the apex court that the Centre on Wednesday morning asked his client and Asthana to go on leave, hence compromising the investigation into various sensitive cases.

Alok Verma moved the Supreme Court on Friday against the Centre’s decision to send him on leave.

The CBI had filed an FIR against Asthana for allegedly accepting a bribe from a businessman, who was linked to Moin Akhtar Qureshi case. Asthana was heading the Special Investigation Team (SIT) that was probing Qureshi's case.

Amid row between the number 1 and number 2 at CBI, the Centre on the recommendation of CVC appointed Joint Director M Nageshwar Rao as the interim CBI director, while sending Alok Verma and Rakesh Asthana on leave, in an unprecedented move. Nageshwar Rao took charge as the CBI Interim Director around 2 am this morning, as per the sources.