Ministry of External Affairs on Thursday said Tajikistan’s Foreign Affairs Minister, Sirojiddin Muhriddin will be on an official visit to India from Dec 18-20 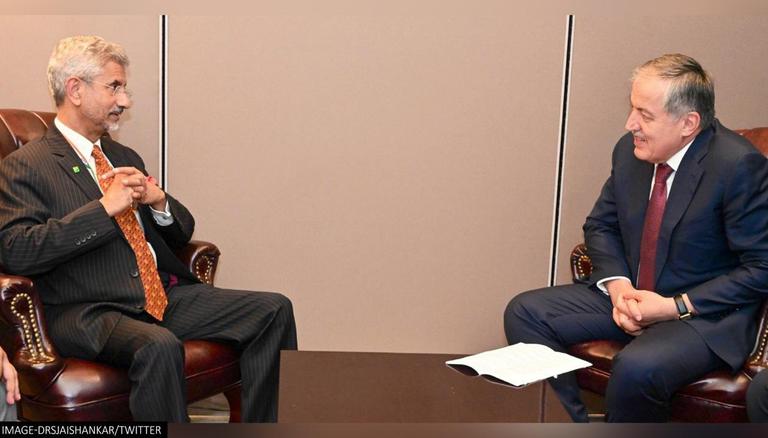 
Ministry of External Affairs on Thursday said that Tajikistan’s Foreign Affairs Minister, Sirojiddin Muhriddin will be on an official visit to India from December 18-20. In a press briefing, MEA spokesperson Arindam Bagchi revealed that the Tajikistan official will be meeting External Affairs Minister Dr S Jaishankar on 18 December. Bagchi said that Jaishankar and Muhriddin will discuss bilateral, regional and international matters of mutual interest.

“Foreign Affairs Minister of Tajikistan will be on an official visit to India from Dec 18-20. He will meet EAM Dr S Jaishankar on Dec 18. They will discuss bilateral, regional and international issues of mutual interest,” said MEA spokesperson Bagchi.

Additionally, Bagchi also informed that MEA Jaishankar will be hosting the third round of the India-Central Asia Dialogue in New Delhi from December 18 to 20. The meeting would include foreign ministers of Turkmenistan, Kazakhstan, Tajikistan, Kyrgyzstan and Uzbekistan.

During the same, the ministers from all the nations on December 19 are expected to discuss further strengthening of the relationship. MEA spokesperson said that the foreign ministers of Central Asian countries will be paying a joint courtesy visit to Prime Minister Narendra Modi.

“As part of the third meeting of India-Central Asia Dialogue on Dec 19, ministers are expected to discuss further strengthening of the relationship. The foreign ministers of Central Asian countries are expected to pay a joint courtesy visit to PM Narendra Modi,” said Bagchi in the news briefing.

India looks forward to holding next 2+2 dialogue with US: MEA

Weighing in on India’s relations with the United States, Bagchi said in the briefing that New Delhi’s dialogue with Washington has been “quite intense and regular”. MEA spokesperson said that India “looks forward” to holding the next 2+2 dialogue with the United States as the details are presently being “worked out”. However, Bagchi said that a date has not been updated yet and said it won’t happen this year.

MEA spokesperson said, “Our dialogue with the US has been quite intense and regular. We look forward to holding the next 2+2 dialogue with US, details being worked out, but we haven't got a date yet. I don't think it is going to happen this year.”

MEA to continue to provide aid with Afghanistan