Tejashwi Celebrates 30th B'day In The Skies On A Chartered Aircraft

RJD  leader Tejashwi Yadav, son of socialist leader, Lalu Prasad Yadav, celebrated his 30th birthday, on 9th November in a chartered plane high in the sky. This was confirmed by a Facebook post, from a Ranchi based Rock garden resort director called Siddhant Suman. In the pictures which he posted, Tejashwi was seen cutting cake in the aircraft and offering it to Siddhant Suman. Pictures suggest that Tejashwi was accompanied by RJD MLA Bhola Yadav and his closest confidantes Sanjay Yadav and Mani Yadav. 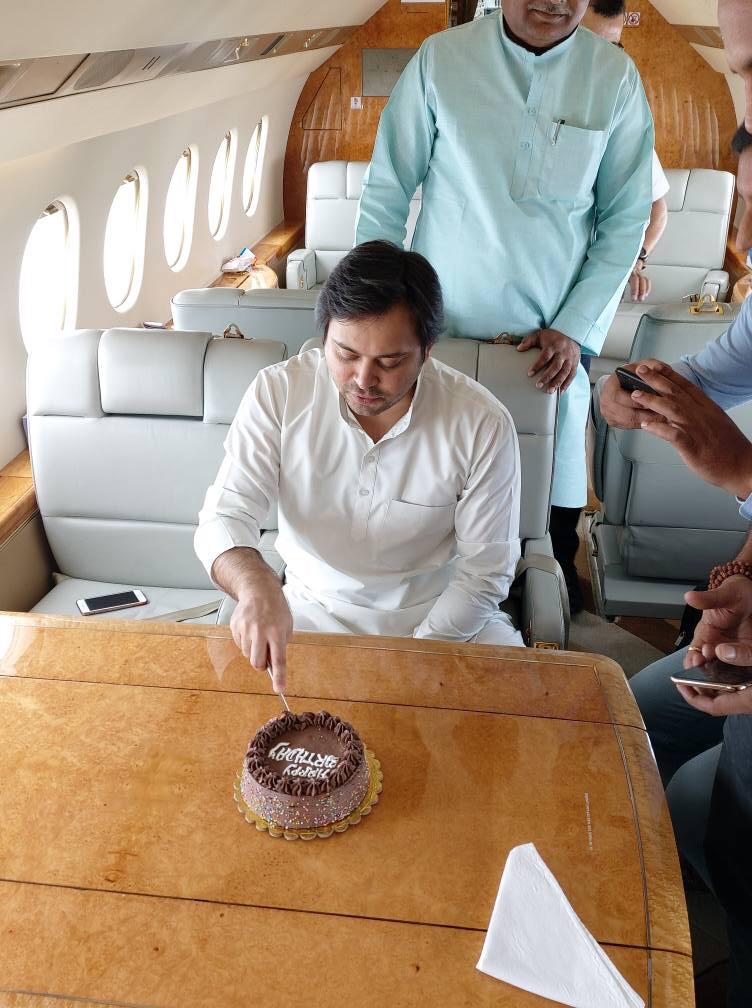 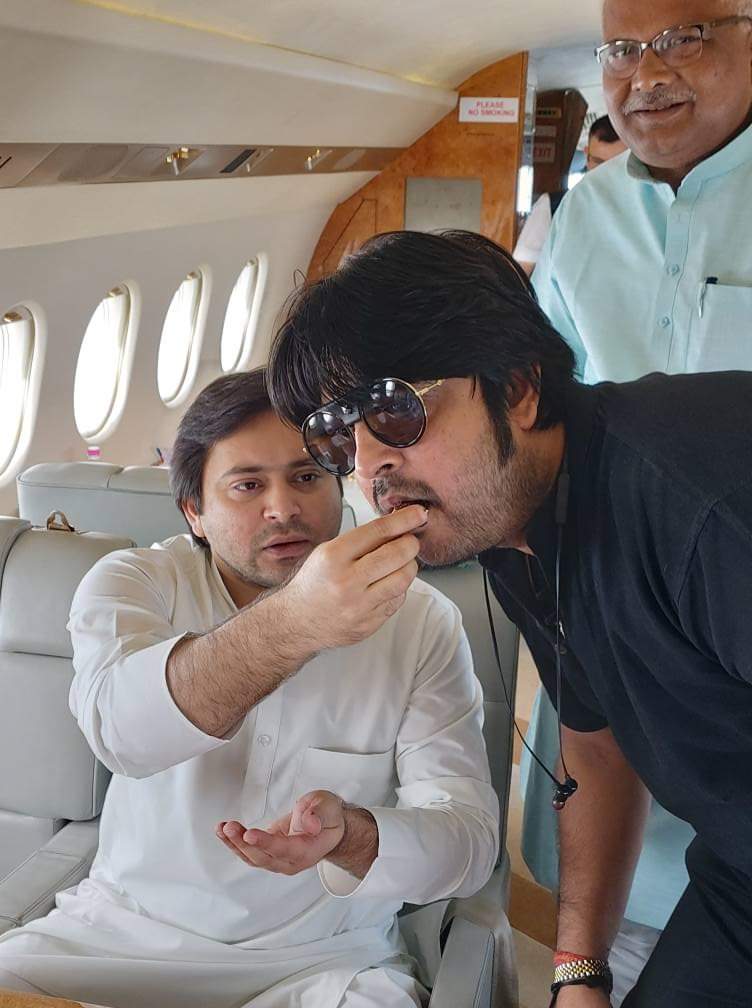 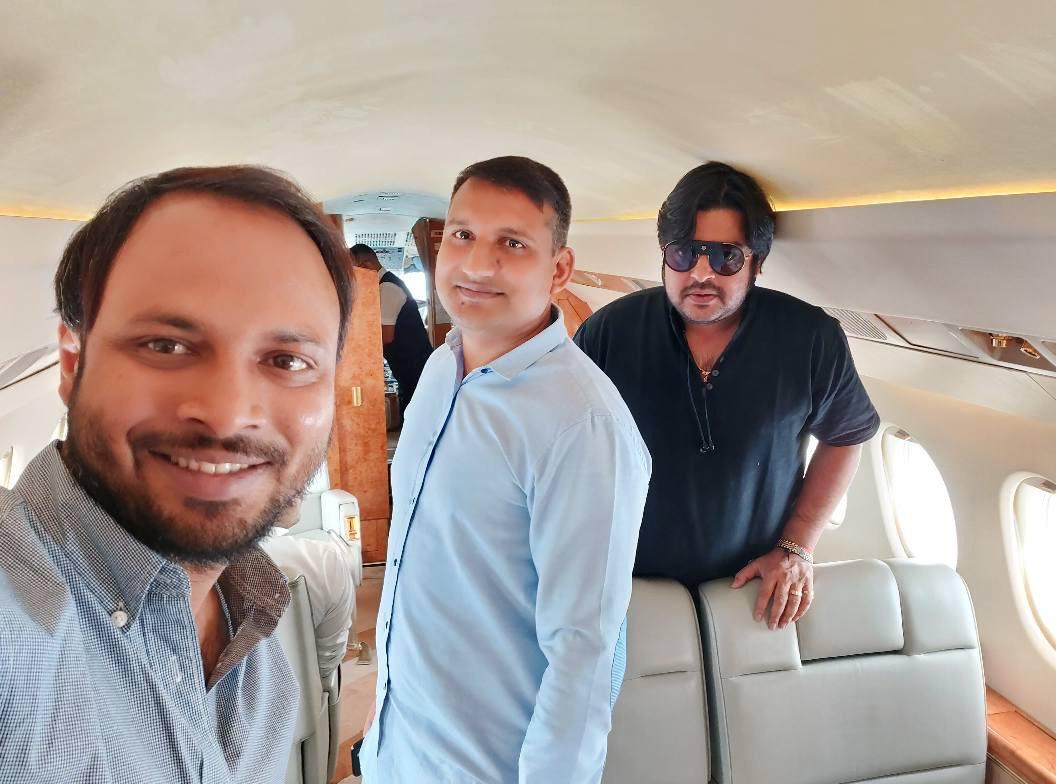 Tejashwi's birthday was celebrated on his way to Patna from Ranchi 9th November. Tejashwi had gone to Ranchi to meet his father Lalu Yadav, pertaining to the seat-sharing arrangement for the upcoming Jharkhand assembly elections. Tejashwi's father Lalu Yadav is lodged in Ranchi jail on charges of corruption and himself is fighting a court case after CBI chargesheeted him on charges of corruption along with Lalu Yadav in IRCTC land for hotel case.

JDU spokesperson Sanjay Singh said: "Tejashwi talks about upliftment of poor people, son of social justice leader Lalu Yadav celebrated Birthday in a chartered plane, but who paid the Bills.  Who is this Siddhant Suman to whom Tejashwi is offering cake. Son of a poor man Lalu Yadav is celebrating birthday in the sky. Social justice is a farce for them. JDU demands enquiry into this.
There is no culture in Lalu Yadav's family. They shed crocodile tears in the name of poor and oppressed but they have always grabbed land from poor and indulged in corruption cases.he says that his father is not well, had he been concerned about his father's health, he would not have celebrated his birthday in the sky. He has no shame."

We tried contacting Tejashwi's closest aide Sanjay Yadav who was accompanying him on the flight, but the call was not answered. Thereafter we tried to contact several RJD leaders but, nobody was willing to speak on record, but on condition of anonymity, they agreed that "such extravagant lifestyle should be avoided in public life and this incident has caused embarrassment to the party." 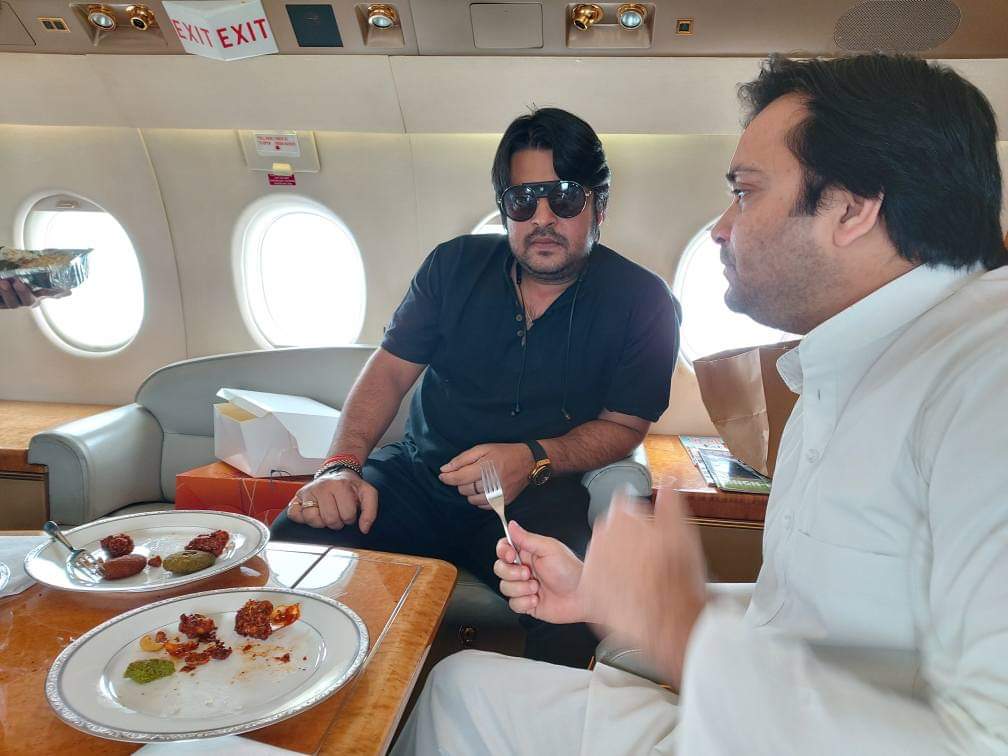 Manjhi threatens to pull out of grand alliance in Bihar

Tejaswi often claims in his speeches that he is the son of a poor man and he thinks for the downtrodden, but his grand birthday celebration high in the sky, in a chartered plane, speaks volumes about his double standards. But the question is , who paid the bills for this grand birthday celebration in the chartered plane. It seems Tejashwi hasn't learnt his lessons yet, despite fighting a court battle in the IRCTC land for hotel scam, after the CBI charge sheeted him in the case. Tejashwi's friend may have deleted the pictures posted on Facebook, the screenshots of the pictures that REPUBLIC TV has accessed don't lie and it tells the story of grand lifestyle of the son of a socialist leader, and an emerging young leader who propagates socialism but indulges in an expensive lifestyle. 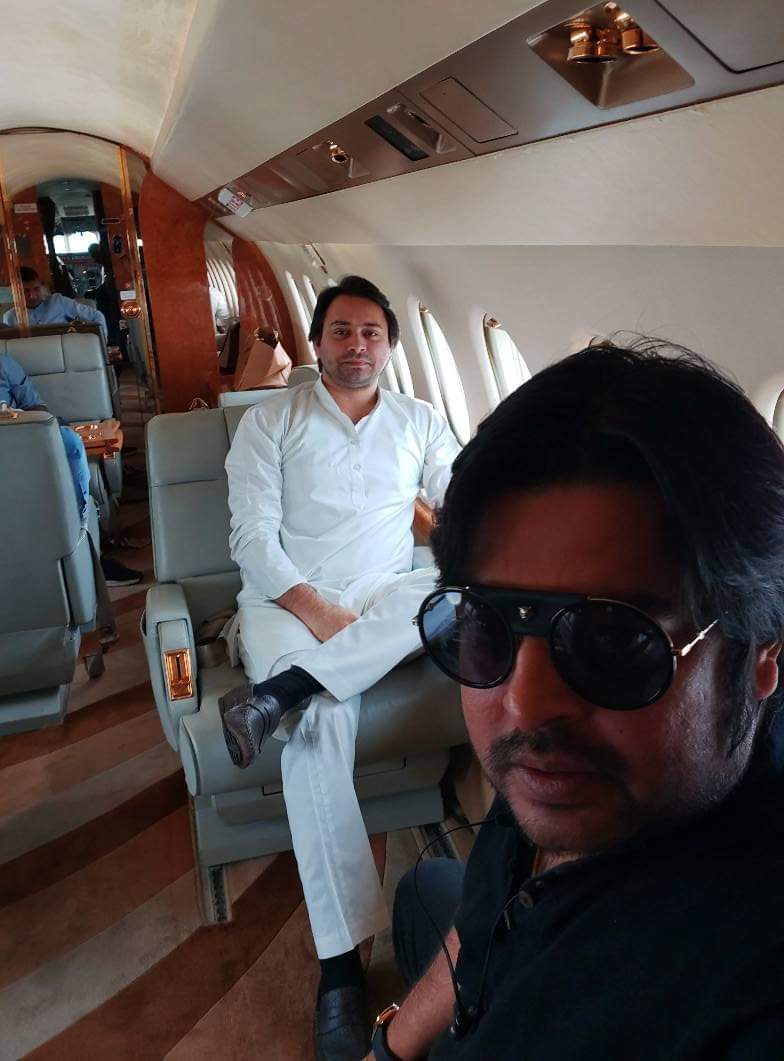 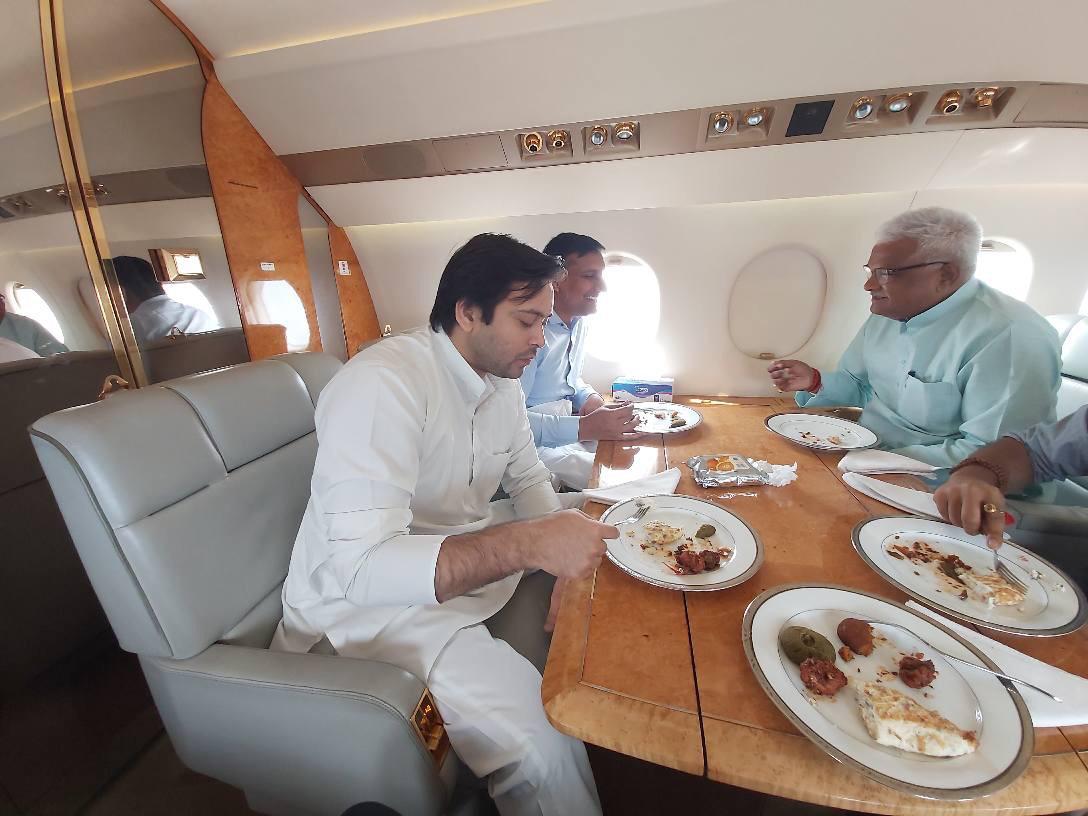