According to reports, the Enforcement Directorate also conducted searches at the offices and residence of TRS MP Nama Nageswara Rao. 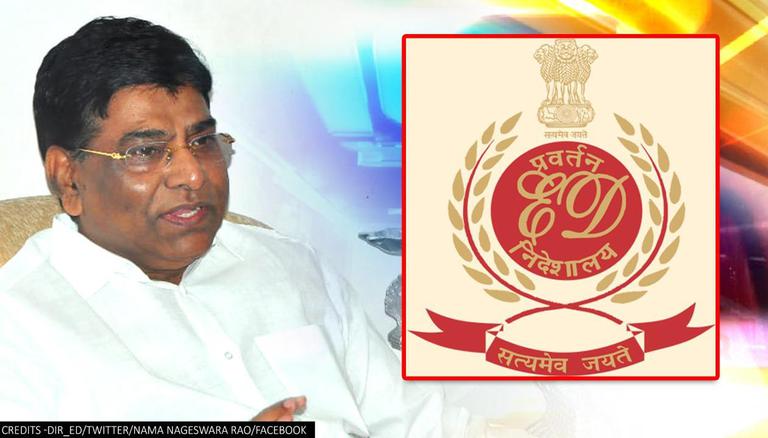 
The Enforcement Directorate (ED) is conducting several raids in Telangana. According to reports, searches were also conducted at five locations, including the offices and residence of Telangana Rashtra Samithi (TRS) MP Nama Nageswara Rao. Reports further revealed that these raids are in connection with the alleged Rs 1064 crore bank fraud. The searches have been going on since 7 am on Friday

As per reports, Nama Nageswara Rao has been taking loans from banks leading to the mounting amount. The same has therefore turned into a scam. Earlier in 2019, the Central Bureau of Investigation (CBI) had also registered an FIR against the TRS parliamentarian related to Ranchi Expressway Limited as he was the director. The raids on Friday were conducted at Khammam and Jubliee Hills in Hyderabad and various other locations.

The raids also took place at the residence of other people associated with Ranchi Expressway Limited. It is also being reported that Rao is the personal guarantor for the loan. The ED is probing a case of money laundering under the Prevention of Money Laundering Act. Reports have also revealed that banks had agreed to fund Rs 1,152 crore with a contribution of Rs 503 crore by promoters. The Serious Fraud Investigation Office (SFIO) through its preliminary report informed that the promoters had round-tipped Rs 50 crore while claiming Rs 98 crore as maintenance. Additionally, Rs 94 crore was used as mobilisation advance while Rs 22 crore was diverted. Overall, Rs 264 crore was misappropriated. The CBI too had alleged that there was no progress in the project and instead, the accused engaged in fraud to procure the loan. The loan turned into a non-performing asset in 2018. The NHAI also terminated its agreement with the company in January 2019.