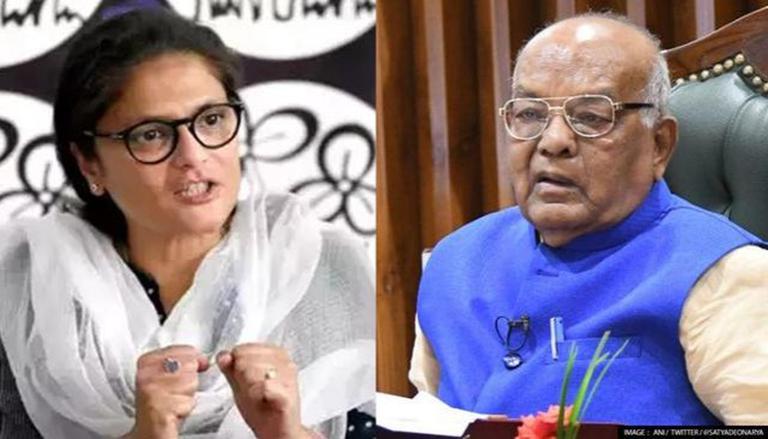 
Trinamool Congress (TMC) leader and Rajya Sabha MP Sushmita Dev on Friday wrote a letter to Tripura Governor Satyadeo Narain Arya seeking his intervention in the law and order in the state alleging that the situation is extremely critical. Dev was referring to the incident of violence that broke out in Tripura during a Vishwa Hindu Parishad (VHP) rally on Wednesday.

In her letter, the newly joined TMC leader said, "The extremely critical situation that is prevailing in the state of Tripura needs immediate attention. The law and order is at its worst. Many districts of Tripura have witnessed violence and vandalism against people and property."

"News about the burning of religious places and properties of people reek of communal targeting. Apparently, many shops and mosques have been attacked and damaged in North and West Tripura as well as in Gomati, Sipahijala and Unnakoti," she wrote.

My letter to @SatyadeoNArya Governor of Tripura for his intervention to ensure law & order in Tripura.
He declined to meet the delegation of @AITCofficial for health reasons. #TripuraViolence pic.twitter.com/JtS9zChutQ

Meanwhile, the ruling Bharatiya Janata Party (BJP) has set up a five-member committee to probe into the incidents of violence in Tripura, where a mosque was allegedly vandalised and shops were set on fire in the Panisagar sub-division on Tuesday. The BJP has reportedly formed a five-member team from the party’s minority cell and asked them to see what led to violence in the state. The team has also been asked to assess the situation and submit a report in three days.

On Tuesday, reports circulated that during a Vishwa Hindu Parishad rally in the state protesting recent attacks against Hindus in Bangladesh communal violence, a mosque was allegedly vandalised and several shops were set ablaze in the Chamtilla area in North Tripura.

The Tripura police, however, denied any such incident, maintaining that the law-and-order situation in the State is absolutely normal.

"During yesterday's protest rally in Panisagar, North Tripura, no masjid was burnt and the pictures being shared of burning or damaged masjid or collection of sticks etc are all fake and are not from Tripura. They may be of some countries," the police had said in a tweet.

After the incident, local authorities in BJP-ruled Tripura imposed Section 144 of the CrPC in Panisagar and Dharmatala sub-divisions so that the communal violence does not spread.