The current Chief Minister Bhupesh Baghel and health minister T.S. Singh Deo are both labeled as the CM in the Janghiye Chapra district of the state. 
A massive blunder has come to light in Chattisgarh with regards to the COVID-19 vaccination certificate. The current Chief Minister Bhupesh Baghel and Health minister T.S. Singh Deo are both labeled as the Chief Minister on the certificate in the Janghiye Chapra district of the state.

While the Congress party has so far kept mum, the Bharatiya Janata Party is seeing it as an indication of infighting between the Party instead of a mistake. 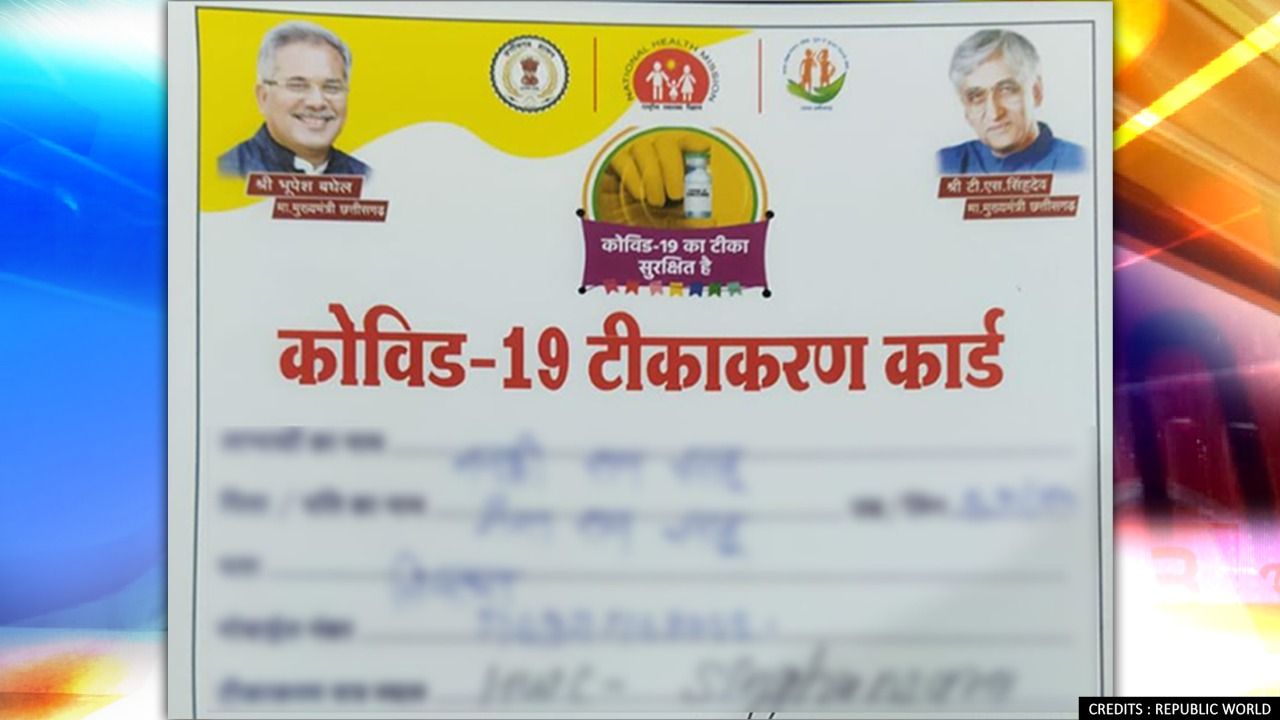 It is pertinent to mention here that when the Congress Party won the assembly elections in Chhattisgarh, there were four contenders for the post of Chief Minister- Bhupesh Baghel, TS Singh Deo, Tamradhwaj Sahu, and Charandas Mahant. All four had been called in for a discussion by the then Congress president Rahul Gandhi and finally, Baghel was chosen. There have been speculations since then that formula to divide the chief ministerial tenure between Baghel and Singh Deo was made to keep everyone happy.

The Congress has, however, time and again refuted the existence of any such formula. Even in 2021, when the Bhupesh Baghel government's tenure was nearing the 2.5 years mark, a senior member of the Chattisgarh unit of the Party while talking to the media had dismissed the speculations saying no such formula exists, and there is no discussion or chance of any changes at the top. He had said the Congress government will complete its five-year tenure under Baghel and added that Baghel was the face of Chhattisgarh Congress and that the Party will be in power in the state for 20 years.