A team of the NIA was sent to Udaipur after a Pakistan link emerged in the gruesome murder of a Hindu shopkeeper on Tuesday. 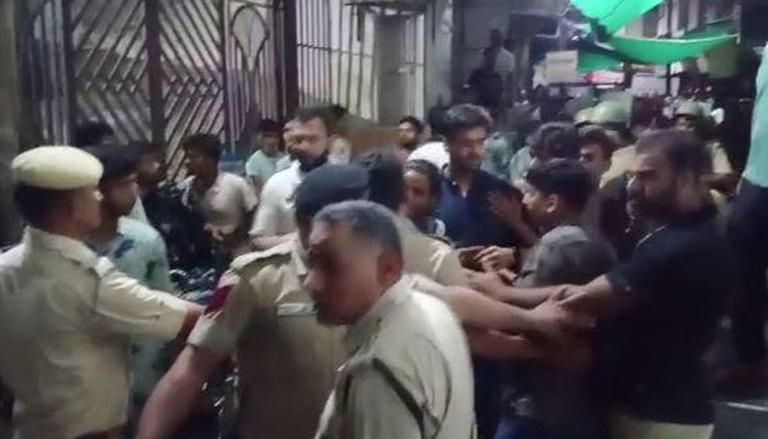 
The Union Ministry of Home Affairs has ordered a team of the National Investigation Agency to go to Rajasthan's Udaipur which witnessed a gruesome murder of a Hindu shopkeeper on Tuesday. The team has been sent after a Pakistan link of those involved in the murder, emerged. The accused are said to have been influenced by a Pak-based organization, the Dawat-i-Islami. Besides running several educational institutions, the organization also offers online courses in Islamic studies.

The accused were arrested earlier in the day from the Rajsamand while they were trying to escape from Udaipur after murdering Kanhaiya, a tailor by profession in broad daylight after entering his shop in a hustling-bustling lane of the lake city. Post the commission of the crime, a video went viral, in which the accused taking responsibility, boasted of teaching 'a lesson' to Kanhaiya for the post. Also, they had mentioned Prime Minister Narendra Modi and said that the sharp knife with which the tailor was beheaded, would 'reach him soon'.

"The law and order situation is under control. Some people were attempting to come out of the bylanes but were stopped. Curfew imposed in the nearby areas," said Manoj Kumar, Superintendent of Police of Udaipur. It is pertinent to note here that the internet has been suspended in the nearby cities as well, which include Ajmer, Bhilwara, Tonk and Nagaur.

A release in this regard read, "In view of the incident, as feedback, wrong information can be circulated, because of which the hindering of the peace and tranquillity is likely. Because of rumours, there can emerge a situation of law and order. Keeping in mind the incident, and in order to maintain law and order, in Ajmer, Bhilwara, Tonk and Nagaur internet will be suspended from 8 pm on 28-06-2022 to midnight on 29-06-2022."

The Chief Minister of the state, Ashok Gehlot has highlighted that there has been a tense atmosphere throughout the country and underlined the need to 'improve' it. "I urge all to maintain their clam," the Congress leader said.