A day after Prime Minister Narendra Modi's security was compromised in Punjab, the Union Cabinet on Thursday assured that justice will be served in the matter. 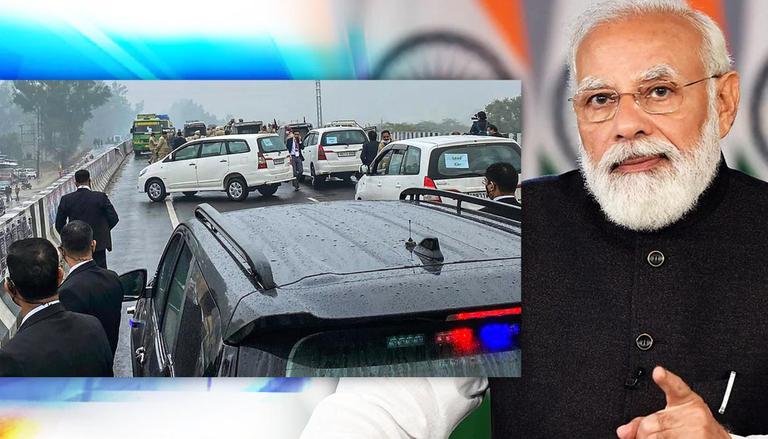 
A day after Prime Minister Narendra Modi's security was compromised in Punjab, the Union Cabinet on Thursday assured that justice will be served in this matter as the Supreme Court has been moved and the Ministry of Home  Affairs (MHA) has also sought a report on the massive security breach on Wednesday.

Speaking at a Cabinet briefing, Union Minister Anurag Thakur said, "There was a big lapse in the security of the Prime Minister yesterday (January 5) in Punjab. On this matter, some people have gone to the Supreme Court, the Home Ministry has also sought a report. The judicial system of the country gives justice to all. We will take big and tough decisions."

On Wednesday, PM Modi, who was scheduled to inaugurate projects worth Rs 42,750 crore and address a joint BJP-PLC-SAD (D) rally in Ferozepur, was forced to return to Delhi after a massive security breach. As per the MHA, PM Modi was scheduled to visit the National Martyrs Memorial via road instead of the helicopter due to bad weather. Around 30 km away from Hussainiwala, the Prime Minister's convoy was blocked by some protestors leading to PM Modi being stuck on a flyover for 15-20 minutes. The MHA termed it a major lapse in the security of the Prime Minister.

As several Congress officials 'celebrated' PM Modi's return to Delhi without holding his rally, sources stated that PM Modi told airport officials to 'thank CM Channi as he had made it alive to Bathinda'. Punjab Chief Minister Charanjit Singh Channi refuted any security breach and added that the state govt was not aware of the PM's route change. The MHA has sought a report on the breach.

Meanwhile, BKU (Krantikari) chief Surjit Singh Phool revealed that it was his faction which blocked the roads, but added that it was not planned. He claimed that farmers were informed at 12 PM by Punjab police that PM Modi would be travelling via road to the rally venue, but they did not believe the police as they knew that the venue had a helipad. However, he thanked farmers for blocking the roads, claiming it was a 'testament to their bravery'.