US Secretary of State Antony Blinken and India's Foreign Minister Dr. Jaishankar are holding back-to-back talks on the deteriorating situation in Afghanistan. 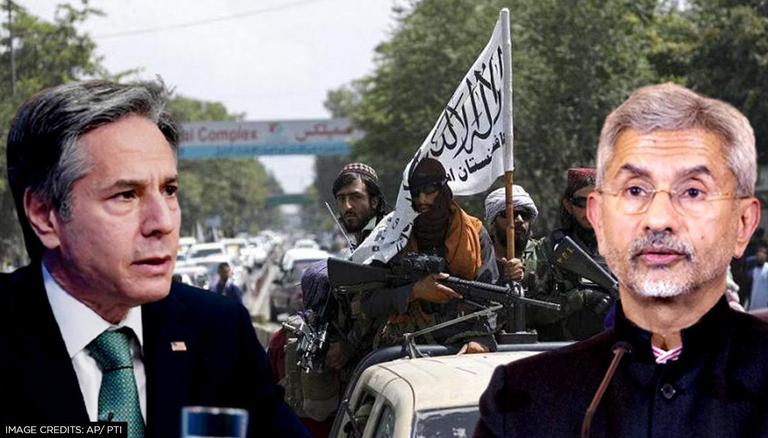 
India's External Affairs Minister Dr. S Jaishankar discussed the worsening situation in Afghanistan with US Secretary of State Antony Blinken for the second time in less than a week. Blinken, on Friday, said that the talks were 'productive'. Earlier, on 17 August, Blinken and Jaishankar had discussed developments in the war-torn country.

Both Blinken and the Indian External Affairs Minister has agreed to maintain 'close coordination' in their diplomatic actions on the rapidly deteriorating situation in Afghanistan.

Productive call with @DrSJaishankar today about Afghanistan. We agreed to continue our close coordination.

Earlier, EAM Jaishankar had informed that he is continuously monitoring the situation in Kabul and requested all to provide accurate information about Indians stranded in Afghanistan. The Indian Union minister had said he would raise key concerns during his engagements at the United Nation.

Earlier, the EAM stressed that he is continuously monitoring the situation in Kabul and called for everyone to provide accurate information about Indians stuck there at a dedicated phone number and email ID of the MEA Afghanistan Cell. He assured that the Ministry is committed to the welfare of the Sikh and Hindu community in Kabul. Moreover, Jaishankar hailed the discussions in the UN Security Council on Monday and revealed that he would raise key concerns during his engagements at the United Nations.

US Secretary of State Antony Blinked had, on Monday, dialled Chinese Foreign Minister Wang Yi and Russian Foreign Minister Sergey Lavrov to discuss the security situation in the war-torn country.

On Tuesday, Blinked spoke with Canadian Foreign Minister Marc Garneau about the situation in Afghanistan. Giving out details of the conversation, the US State Department informed that efforts to bring American and Canadian citizens to safety and assist vulnerable Afghans were discussed.

Meanwhile, EAM Dr. S Jaishankar, on 19 August, chaired the key United Nations Security Council (UNSC) meeting amid the Afghanistan conflict. The conclave was a high-level UNSC briefing on threats to international peace and security by terrorist acts and directed to the prevalence as well as aspects of terrorism and counter-terrorism measures upheld by the UN agency. India assumed the Presidency of the UNSC for a term of two years on 1 August.