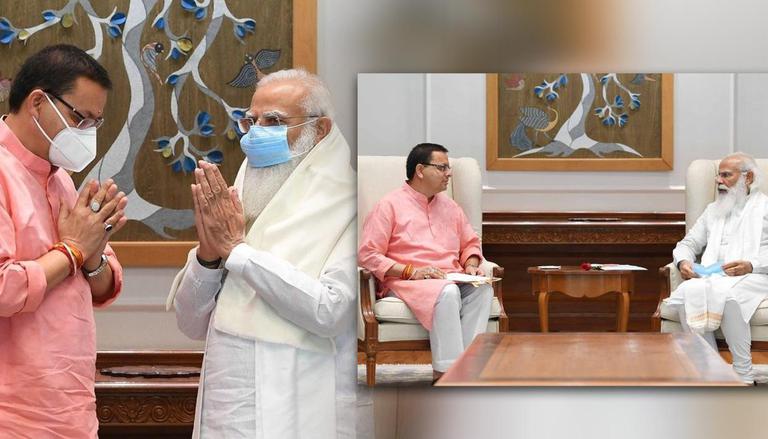 
Uttarakhand CM Pushkar Singh Dhami met Prime Minister Narendra Modi in New Delhi on Saturday and put forth the demand to set up an AIIMS institute in the state. As per sources, the meeting between PM Modi and CM Dhami went on for an hour, exceeding the originally planned 15-minute time limit.

As per reports, the newly-sworn in Uttarakhand CM requested PM Modi to set up an AIIMS in the Kumaon region of Uttarakhand. He said that the state government would provide the land for this AIIMS and that the construction would drastically benefit the people in the region.

As per a government release, the Uttarakhand CM informed PM Modi about the state government’s preparations to combat the possible third wave of COVID in the country. CM Dhami said that the construction work of the second phase in Shri Kedarnath Dham has a total cost of Rs 108 crore, and requested PM Modi to make time for laying the foundation stone for this second phase. They also discussed the Chardham Yatra and the Kanwal Yatra.

CM Dhami mentioned that Uttarakhand is moving ahead on the path of development at a fast pace under the guidance of PM Modi. The Uttarakhand CM took to Twitter to post pictures of the meeting and wrote, "The Prime Minister assured all possible help for the development of the state." 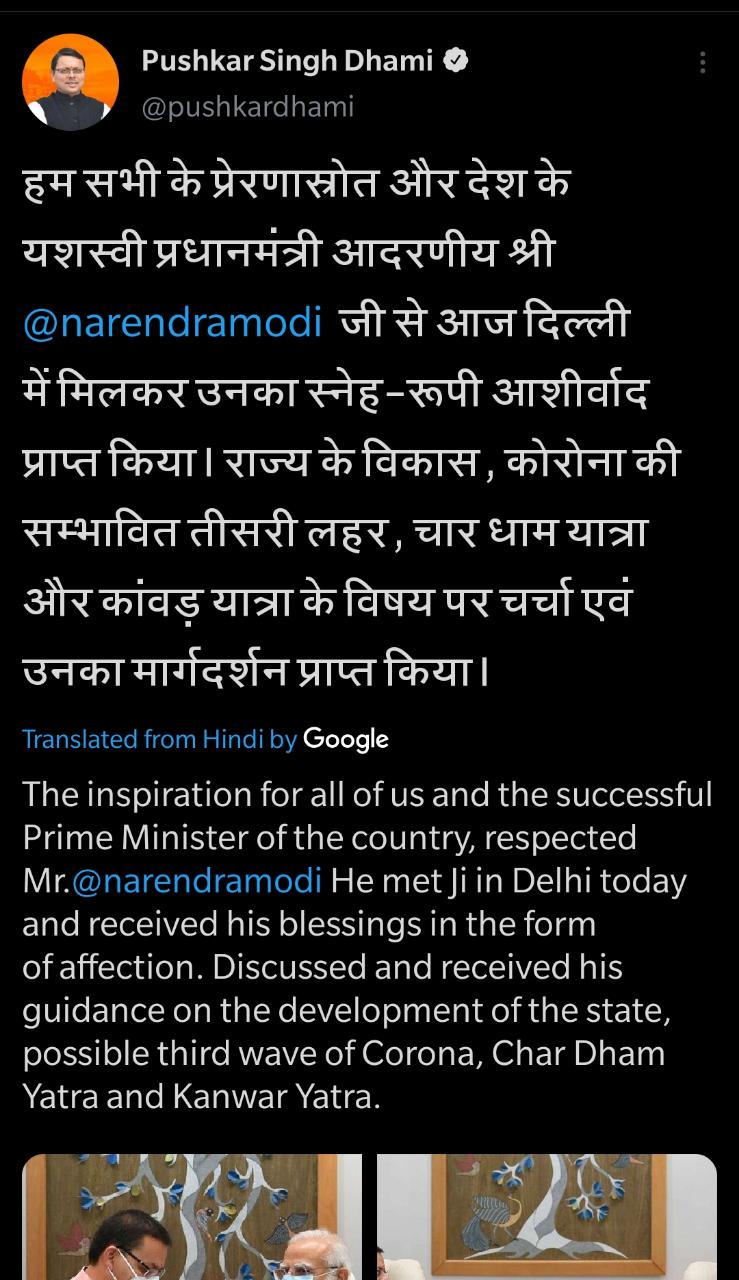 Along with a request for AIIMS in Uttarakhand, CM Dhami also sought PM Modi's approval for the implementation of the Lakhwar Multipurpose Project from the Cabinet Committee on Economic Affairs. CM Dhami stated, “The 300 MW Lakhwar Multipurpose Project would increase water availability in the Yamuna river and six states namely Uttar Pradesh, Delhi, Rajasthan, Haryana, Uttarakhand and Himachal Pradesh would be benefitted.”

Pushkar Singh Dhami from BJP was sworn in as CM of Uttarakhand on July 4. After this, Dhami met with President Ram Nath Kovind, Union Minister Amit Shah, Defense Minister Rajnath Singh and party President JP Nadda. Dhami is the youngest CM of Uttarakhand. On July 10, Dhami also met with the Union Education Minister and requested approval for the opening of a central government-funded Indian Institute of Science Education and Research (IISER) in Uttarakhand.