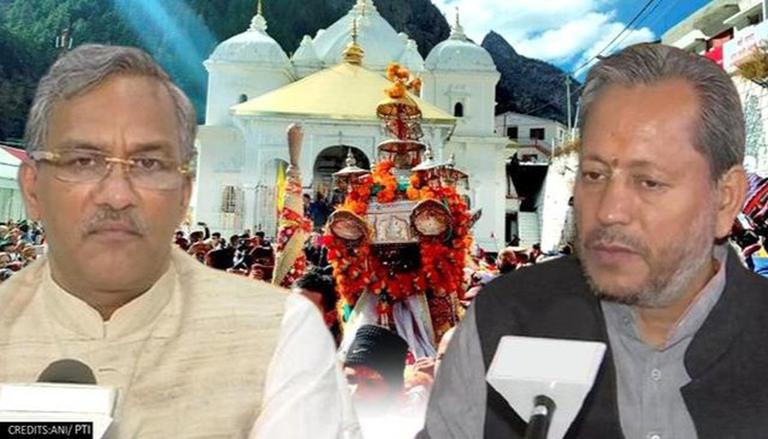 
As the COVID-19 situation continues to see a positive change in Uttarakhand, former Chief Minister Trivendra Singh Rawat on Sunday wrote to current Chief Minister Tirath Singh Rawat for the resumption of Chardham Yatra. He also suggested him to resume adventure tourism in the state in a 'phased manner', which was put on a halt because of the rise in COVID-19 cases in the state in the month of April and May.

In the letter, the former Chief Minister put down some suggestions keeping in view the COVID-19 situation in the state. He suggested resuming the Chardham Yatra, along with adventure tourism in the state and directed the government to ensure vaccination of all those related to the travel and tourism department, including hotel staff for the smooth resumption of the aforementioned departments. He also wrote, "Only those people who have been vaccinated should be allowed for the Chardham Yatra and adventure tourism."

Reasoning his suggestions, he said, ''This will bring the lives of the people of the state back on track, and will also help the state get some revenue," and concluded with the 'hope' that the government led by the current Chief Minister will closely scrutinize and think about the implementation of the suggestions.

Uttrakhand was making headlines for all the wrong reasons in the month of April.  A majority of the 48.51 lakh people who took part in the last two royal baths (Shahi Snan) held on the occasion of Somwati Amavasya on April 12 and Mesh Sankranti on April 14 were seen openly violating COVID norms like wearing face masks and social distancing as they crowded to take a dip in the river. With over 200 seers tested COVID positive and many Akhada chiefs died due to COVID, PM Modi appealed to saints to cut short Kumbh Mela to aid in the country's battle against COVID-19.

Heeding to his call, Niranjani, Nirwana Akhada, Juna Akhada, and Bairagi Akhada agreed to a 'symbolic snan' for the third royal bath, sending most seers home and immersing the idols, marking the end of 'Maha Kumbh'. On April 27, a 'scaled down' third royal bath was held where devotees were yet again seen not wearing face masks or maintaining social distance, but fewer in number. An estimate of 70 lakh devotees attended the 70-day event.

Thereafter,  Uttarakhand High Court slammed that the state government for not ensuring COVID protocols while holding religious events like Kumbh Mela and Char Dham Yatra in the midst of the COVID-19 pandemic. The HC bench headed by Chief Justice RS Chauhan, said, "First we make the mistake of Kumbh Mela, then there is Char Dham. Why do we repeatedly cause embarrassment to ourselves?"