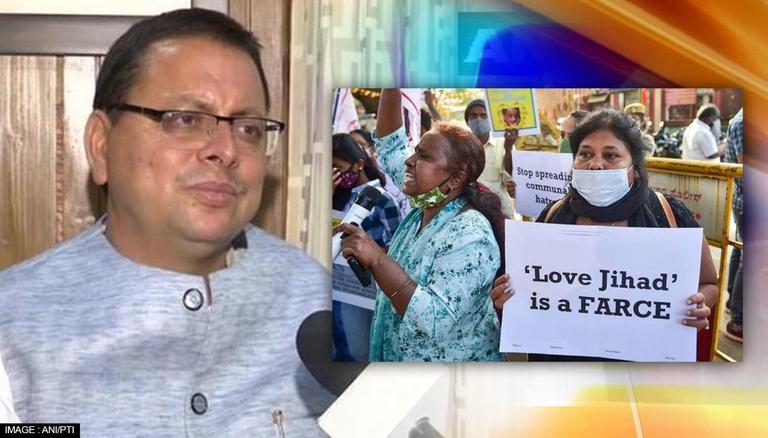 
In a major development, the Uttarakhand government is likely to make the state's anti-conversion law more stringent by making it punishable by up to 10-year imprisonment and has sought a proposal to this effect from the state police chief, citing the worsening of communal amity amid demographic changes in some regions of the state.

On September 10, CM Dhami had informed that the police authorities had been directed to undertake strong steps towards forced religious conversions and practices of 'love jihad' in Uttarakhand. While speaking to the press, Dhami had stated that the state administration will strengthen the law prohibiting forcible religious transformations.

“Information will be gathered about incidents of forced religious conversions and love jihad in the state. Our police will work with more strictness against 'love jihad' and we will also make the law against it more strict," CM Dhami had said.

The Uttarakhand Freedom Of Religion Act, 2018, was approved by the state government in April 2018, making "forced or fraudulent conversions are done through force or allurement" are considered as non-bailable crimes punishable by up to five years in jail.

Anti-conversion law in other states

The governments of Uttar Pradesh, Gujarat, and Madhya Pradesh this year approved legislation that was designed to prevent religious conversions by deception, force or other dubious ways, such as matrimony. The Uttar Pradesh Prohibition of Unlawful Conversion of Religion Bill, 2021, was approved by the Yogi Adityanath administration in February.

Three types of sections are implemented in the law such as if a juvenile or a woman from a Scheduled Caste or Scheduled Tribe gets converted the individuals who will be found to be guilty, receive a sentence of three to ten years in prison and a minimum penalty of Rs 25,000.