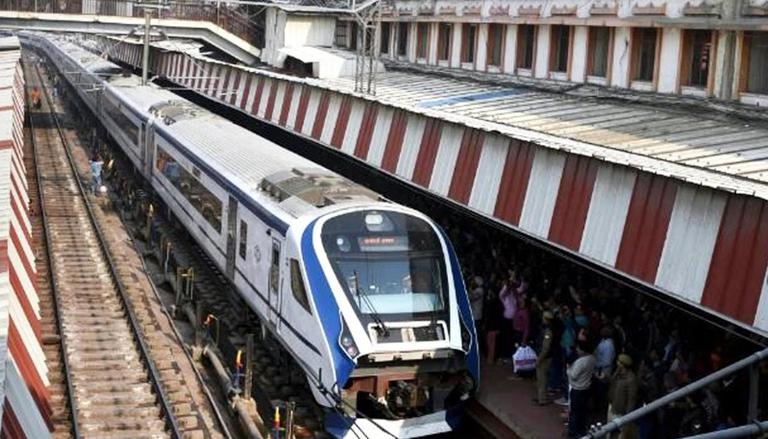 
Indian Railways is all prepared to boost the number of Vande Bharat trains in the country with 10 new trains set to be launched by August 2022. The Vande Bharat trains, which will be flagged off in August 2022, will connect 40 cities in India, while the current operational trains run from Delhi to Varanasi and Delhi to Katra.

Union Railway Minister Ashwini Vaishnaw reviewed the Vande Bharat project and directed the officials in-charge to increase the pace of the project. As per reports, the Railways Minister also urged that the project up-gradation should be visible in the country's railway services.

A Hyderabad-based engineering firm - Medha - has been told to push the production plan of the project, so that at least two prototypes can be launched by March next year. In January 2021, the Railways had awarded Rs. 2,211 crore contract of designing and manufacturing of propulsion, control, and other equipment for making 44 rakes of Vande Bharat-type train sets to Hyderabad-based Medha Servo Drives Pvt. Ltd.

The Railways Ministry has mentioned in the contract that the first prototype train should be able to complete one lakh kilometres of commercial run with passengers, before moving ahead with the production of other trains. Therefore, the trains could take months to hit the tracks commercially. Earlier, the plan was to launch the first set of prototype trains by December 2022 or early 2023.

How upgraded Indian Railways Vande Bharat will look like?

Vande Bharat is a self-operated train that does not require an engine to haul, this is known as the distributed traction power. This distributed traction power contract is being ruled out globally now. As per reports, the upgraded train will have automatic doors, airline-like seating, and other features for the comfort zone of passengers. Several existing modern features of the train are,