In a key development, West Bengal Chief Secretary Alapan Bandyopadhyay has been placed under the service of the Government of India. 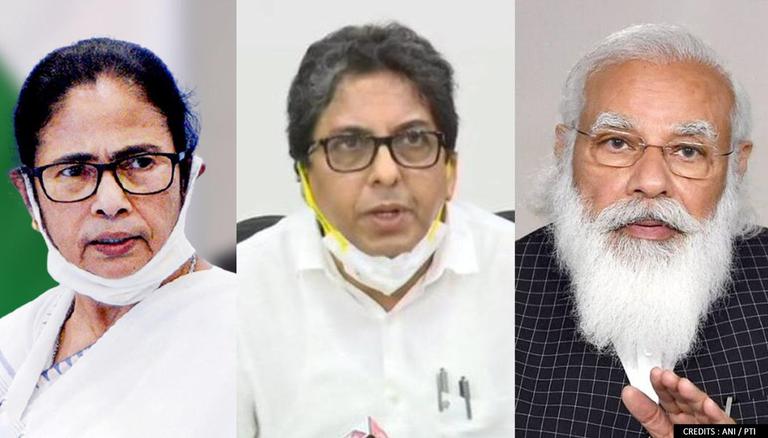 
In a key development, West Bengal Chief Secretary Alapan Bandyopadhyay has been moved from his current position under the service of the Government of West Bengal. The Central government has informed the State government and has asked it to immediately relieve Bandyopadhyay, as he is supposed to report and join the Department of Personnel and Training in the North Block of New Delhi at 10 AM on May 31, 2021.

The letter addressed to the Chief Secretary of West Bengal, from the Under Secretary of the Government of India stated, "I am directed to inform that the Appointment Committee of the Cabinet has approved the placement of the service of Sri Alapan Bandyopadhyay, IAS (WB:1987) with the government of India, as per provisions of Rule 6(1) of the Indian Administrative Service (Cadres) Rules, 1954, with immediate effect."

The Under Secretary went on to request the state government to relieve the officer with 'immediate effect' and asked it to direct him to report to the Department of Personnel and Training in the North Block of New Delhi by 10 AM on May 31, 2021.

The development comes hours after Chief Minister of West Bengal Mamata Banerjee skipped a meeting with PM Modi to assess the impact of Cyclone Yaas and instead went to conduct an aerial survey of cyclone-hit areas in North 24 Parganas district, accompanied by Chief Secretary Bandyopadhyay; she took stock of the post-cyclone situation in Hingalganj, Hasnabad, Sandeshkhali, Pinakha and other areas of the district.

Alapan Bandyopadhyay got an extension as West Bengal Chief Secretary

CM Mamata Banerjee had earlier written to Prime Minister Narendra Modi on May 12, urging him to grant Bandyopadhyay an extension for at least six months in view of his experience of handling the COVID-19 pandemic but later, she herself announced his extension for three months.

"Our Chief Secretary has got an extension for three months. We are happy because he has got the experience of working during last year's Amphan as well as during the ongoing COVID-19 pandemic," the Chief Minister had said.

Bandyopadhyay, a 1987-batch IAS officer, was to superannuate at the end of this month. He took over as the Chief Secretary of West Bengal after Rajiva Sinha retired in September last year.