The cases have been registered in the backdrop of the violence reported in West Bengal after the announcement of the state assembly polls results. 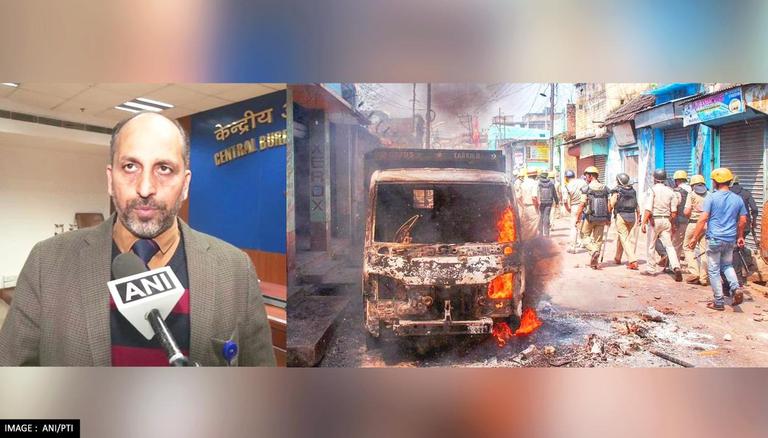 
Months after the Calcutta High Court ordered the Central Bureau of Investigation (CBI) to probe the incidents of post-poll violence in West Bengal, a total of 51 cases have been registered and charge sheets have been filed in 20 cases as of January 1, 2022.

Informing about the same, CBI spokesperson RC Joshi on Tuesday told ANI that after meeting all the relevant criteria, around 51 cases have been registered and 20 charge sheets have been filed in incidents including offences of murder, rape, and attempt to rape in about four months.

Along with that, charge sheets have been filed against more than 100 people in the same incident. Joshi further clarified that no cases, after meeting the criteria as led by the Calcutta High Court and referred by the National Human Rights Commission (NHRC), have been closed. Meanwhile, out of the 29 cases of sexual offences referred by the NHRC, CBI has registered seven cases and legal proceedings are underway for the rest.

Over 100 persons have been charge-sheeted. No case meeting the criteria laid down by Calcutta HC & referred by NHRC has been closed. In so far as 29 complaints of sexual offences referred by NHRC, CBI has registered 7 regular cases & rest are being legally processed: CBI pic.twitter.com/keRx5uJ5fb

Refuting certain media reports which allege the central agency of finding no evidence in the 21 cases listed by the NHRC relating to rape and attempt to rape as mandated to CBI by the Calcutta High Court, a CBI spokesperson said that the agency strongly condemns and refutes the reports published.. According to ANI, he further said that the reports contain a "misrepresentation of facts, are blatantly mischievous, grossly misleading, and entirely false."

Meanwhile, the CBI also clarified that it has received a total of 29 complaints of sexual assault from NHRC relating to sexual offences as of December 22, 2021. Out of these, two cases have been handed over by the CBI to the state SIT on the grounds of the nature of the offences in line with the orders of the High Court.

Apart from that, two complaints relating to the same incident have been amalgamated, resulting in registration of only one case for investigation. The remaining cases are in progress.

Notably, the cases have been registered in the backdrop of the use of violence reported at various places in West Bengal after the announcement of the results of state Assembly elections in May 2021. Following the same, teams of the Ministry of Home Affairs and NHRC visited the violence-affected areas to carry out a separate investigation.