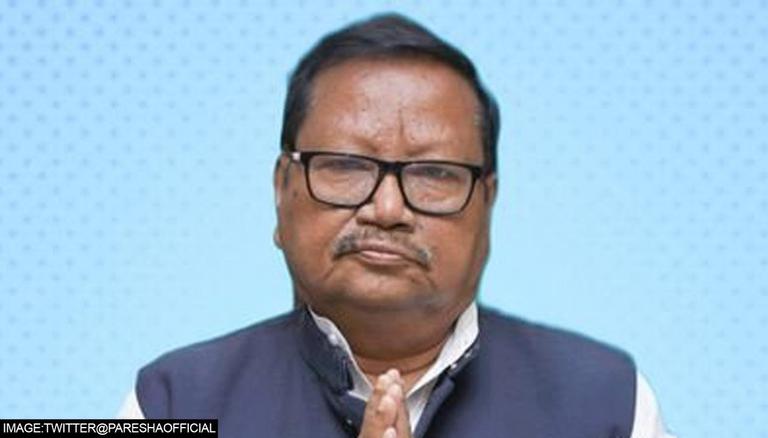 
On Thursday, the Central Investigation Bureau (CBI) filed an FIR against West Bengal Education Minister Paresh Adhikari and his daughter Ankita Adhikari. The case was registered after the father-daughter duo skipped the CBI summon deadline that was set by the Calcutta High Court.

This comes a day after another senior TMC leader, Partha Chatterjee, was grilled at the Nizam's Palace office of the Central Bureau of Investigation for over 3.5 hours on Wednesday.

The High Court directed that if the minister failed to appear before the CBI within the stipulated time, then the agency can file an FIR. The State Education Minister has been summoned in connection with illegal recruitment of teachers in government-aided schools and is also accused of allotting job to his daughter Ankita Adhikari illegally. Despite allegedly not being a part of merit list, the TMC leader's daughter got the government job.

The FIR has been lodged against them under section 120B (criminal conspiracy), 420 (Cheating and dishonestly inducing delivery of property) & Prevention of Corruption Act 7 (Obtaining an undue advantage, with the intention to perform or cause the performance of public duty improperly or dishonestly). The HC has also urged Chief Minister Mamata Banerjee and West Bengal Governor Jagdeep Dhankar to remove Paresh Adhikari from the cabinet.

Partha Chatterjee was grilled at the Nizam's Palace office of the Central Bureau of Investigation for over 3.5 hours on Wednesday. Embroiled in the controversial appointments of teachers to government-aided schools on the recommendations of the School Service Commission, the former education minister appeared before the central agency for interrogation at 5:43 PM and left only after 9:30 PM.

Irregularities of staff appointments in state-run schools in West Bengal

In 2016, the state had recommended the appointment of around 13,000 group D staff in state-run schools. Based on the recommendation, the West Bengal School Service Commission (WBCSSC) conducted exams and based on interviews, the commission finalised a panel of prospective employees.

The validity of the panel expired on May 4, 2019. Thereafter, a section of candidates who failed to secure appointments despite remaining enlisted in the panel, moved the court alleging that the Commission had illegally recommended appointments from the panel even after its expiry.

During the course of back-to-back hearings, the Court had lashed out at the commission and warned it of a CBI probe into the corruption charges if required. Finally, in November 2021, a CBI investigation into the scam was ordered.