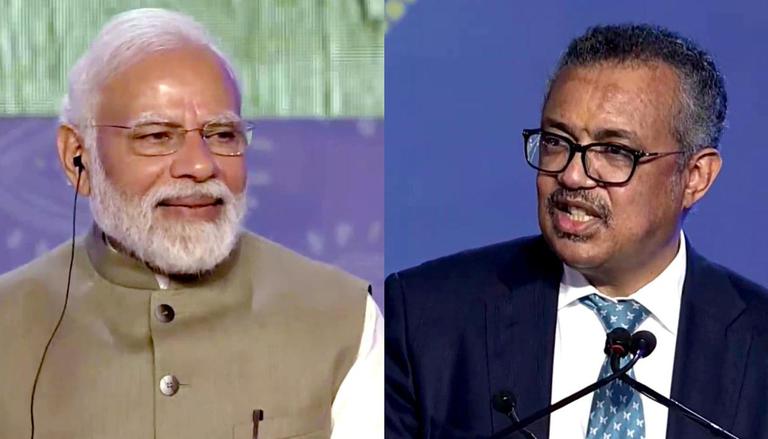 
In a key development on Tuesday, World Health Organisation (WHO) chief Dr Tedros Ghebreyesus addressed the audience after WHO-Global Centre for Traditional Medicine in Gujarat was inaugurated by PM Modi. In his address, the WHO chief remembered his schooling days and added that he has good knowledge about the benefits of the traditional medicines as he was taught about the same by the Indian teachers while, he was studying biology.

Further, he thanked Indian PM Modi for investing 250 million US dollars in the establishment of the traditional health centre and an interim office. It is pertinent to mention that the Indian government has already announced that they will be bearing the operating cost of the centre for the first 10 years.

Praising India and the project WHO chief said, "This is a truly global project, this means that India will go the world & the whole world will come to India."

Explaining the importance of traditional medicine and the significance of this newly inaugurated centre, WHO chief Dr Tedros Ghebreyesus said, "WHO-Global Centre for Traditional Medicine that we are launching will help to harness the power of science to strengthen evidence-based traditional medicine. I'm grateful to PM Modi & GoI for their leadership in supporting this important initiative."

On a lighter note, WHO President Dr Tedros Ghebreyesus during his speech used three languages including GujaratI, Hindi and English. He started his address by asking the crowd in Gujarati kem Cho which literally translates to How are you? He also used some Hindi words during his address while, the whole address was primarily in the English language. PM Modi applauded WHO Chief's address.

#WATCH | WHO Director-General Dr Tedros Adhanom Ghebreyesus greets the public in Gujarati during the inaugural ceremony of the WHO-Global Centre for Traditional Medicine in Jamnagar. pic.twitter.com/Mexd6RUXLw

5 main areas of work of the traditional medicine centre

Elaborating on the areas where the new centre will focus, the WHO Director-General Dr Tedros Ghebreyesus listed 5 points. WHO's chief 5 points were:

PM Narendra Modi on Tuesday inaugurated the Traditional Medicine Centre which will focus on traditional medicine like Ayurveda and will enable the international community in making investments in traditional medicine. Along with PM Modi and WHO Director-General Dr Tedros Ghebreyesus, PM of Mauritius Pravind Jugnauth, CM of Gujarat Bhupendrabhai Patel and Union Minister of Health Mansukh Mandaviya were present during the inauguration.

It is pertinent to mention that PM of Bangladesh Sheikh Hasina, PM of Bhutan Lotay Tshering and Nepal's PM Sher Bahadur Deuba attended the event virtually and elaborated on the importance of traditional medicines.