The UAPA tribunal has directed Zakir Naik's IRF to return the said notice by January 28, the scheduled date for the next hearing. 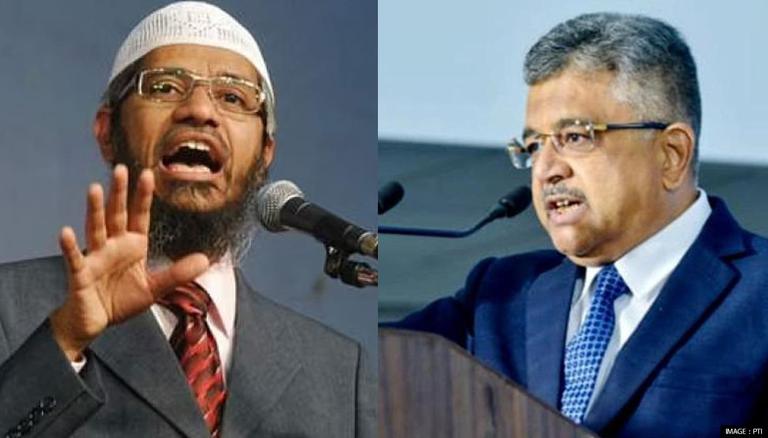 
Days after Zakir Naik's Islamic Research Foundation (IRF) was banned for five years, the Unlawful Activities Prevention Act (UAPA) Tribunal on Monday took up the matter for a preliminary hearing. The tribunal headed by Chief Justice of the High Court D. N. Patel after hearing Solicitor General Tushar Mehta, representing the Central government, issued a notice to  Zakir Naik's IRF. The said notice is to be returned by January 28, the scheduled date for the next hearing.

Meanwhile, Solicitor General Tushar Mehta assisted by Rajat Nair has volunteered to publish the notice in all leading dailies so that the IRF or Zakir Naik does not take any technical defence later.

The UAPA tribunal has been entrusted with the task to adjudicate whether or not there is sufficient cause for declaring the Islamic Research Foundation as an unlawful association.

On November 15, the Union Ministry of Home Affairs extended the ban imposed on the Islamic Research Foundation in 2016, for another five years i.e., till 2026.

In a notification issued in this regard, the Ministry said that Islamic Research Foundation, particularly the founder and President of the IRF, Dr Zakir Abdul Karim Naik alias Dr Zakir Naik, has been encouraging and aiding its followers to promote or attempt to promote, on grounds of religion, disharmony or feelings of enmity, hatred or ill-will between different religious communities and groups which are prejudicial to the integrity and security of the country.

As per the notification, if the unlawful activities of the IRF are not curbed and controlled immediately, it will take the opportunity to

"THEREFORE, in exercise of the powers conferred by sub-sections (1) and (3) of section 3 of the Unlawful Activities (Prevention) Act, 1967 (37 of 1967), the Central Government hereby declares the Islamic Research Foundation (IRF) as an unlawful association and directs that this notification shall, subject to any order that may be made under section 4 of the said Act, have effect for a period of five years from the date of its publication in the Official Gazette," the MHA added in the notification.