The Supreme Court on Friday refused to grant immediate relief to rape convict Asaram Bapu on his plea seeking bail and issued notice returnable in one week. 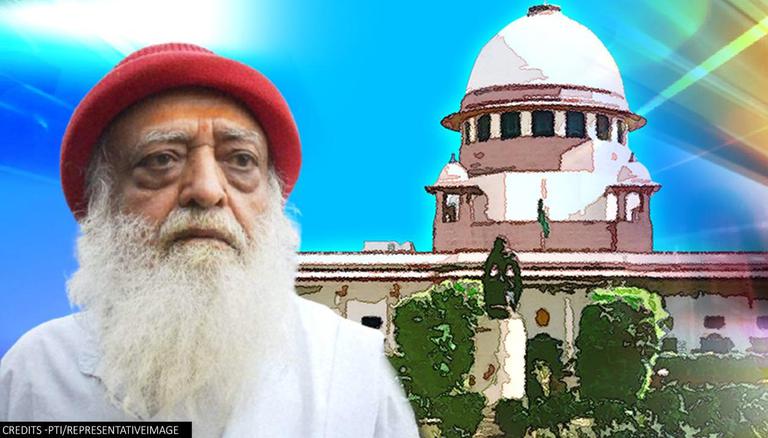 
The Supreme Court on Friday refused to grant immediate relief to rape convict Asaram Bapu and issued notice returnable in one week. A division bench of Justices BR Gavai and Krishna Murari was hearing a plea filed by the self-styled godman challenging the Rajasthan High Court’s order which dismissed his request for grant of bail on medical grounds. After testing positive for COVID-19 in the Jodhpur Central Jail, he was eventually shifted to AIIMS, Jodhpur.

Appearing for Asaram, senior advocate Sidharth Luthra submitted that his client’s medical condition was dire and required holistic medical treatment. Asserting that the convict was bleeding profusely after being given blood thinners while undergoing treatment at AIIMS, Luthra expressed a desire that the former should be admitted to the Prakash Deep Institute of Ayurveda. While rejecting the bail plea on May 21, the Rajasthan HC held, "The court is cognizant of the fact that whenever the convict has been taken out from prison, even for attending the dates of hearing during trial, his followers would form huge congregations, creating law and order situations, and currently, the risk of spread of COVID-19 is imminent.”

However, the court acknowledged that he required further investigations and follow-up for his gastrointestinal bleeding, the treatment for which was not available at the AIIMS. Moreover, it cited the recommendations of the medical board that stated his condition was stable and he was fit for discharge. Thereafter, the HC directed the district and the prison authorities to ensure proper treatment of Asaram at a suitable medical institution in light of the observations made in the medical report.

READ | Asaram's devotee's plea to meet him in jail dismissed

Conviction in a rape case

Asaram was taken into custody in August 2013 on charges of raping a teenage student at his ashram. He was subsequently lodged in Jodhpur Central Jail. The charge sheet in the case that was filed against him and the four others in November 2013 alleged blackmail in exchange for sexual favours. Following his arrest, a number of key witnesses were either attacked or went missing. The self-styled godman's personal aide was shot dead in 2014 while another associate was killed in 2014.

Through the years, Asaram moved 12 bail applications, of which 6 were rejected by the trial court, three by the Rajasthan High Court, and three by the Supreme Court. The self-styled godman was finally convicted in April 2018 under Section 376 of the Indian Penal Code and POCSO. In April 2019, a Gujarat court convicted Narayan Sai, his son, in another rape case.