The SC in its June 15 order announced closure of all proceedings of the case against the two Italy marines in India after receiving compensation from Italy. 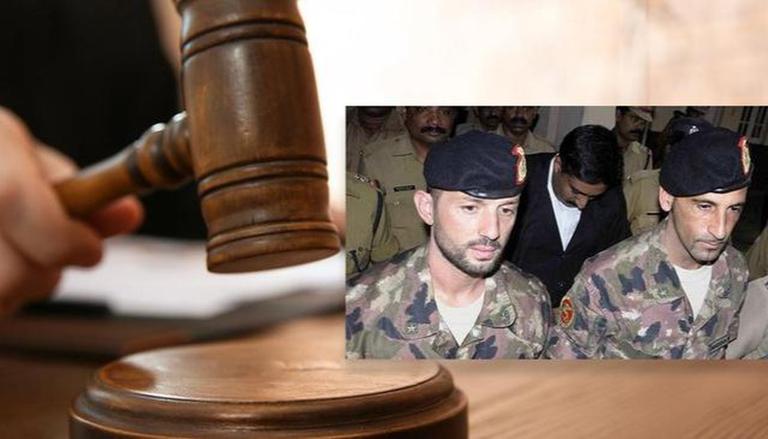 
The Supreme Court on Friday deferred the hearing of the case against the two Italian Marines accused of killing two Indian fishermen on the west coast of Kerala on August 2, 2012. An apex court bench headed by Justice Indira Banerjee was hearing the petitions, seeking a stay of the disbursement of compensation to the families of the two Kerala fishermen killed in the case. Earlier, on June 15, the apex court had accepted the compensation of Rs 10 crore deposited by the Republic of Italy.

SC ordered the closure of trial as Italy deposited compensation

The Supreme Court during its June 15 hearing had ordered the closure of all proceedings of the case against the two marines, namely Massimiliano Latorre and Salvatore Girone, in India. A two-judge bench of the top court, led by Justice Banerjee and  Justice M R Shah, in its order of the last hearing had said that an amount of Rs 10 crore was already paid by the Italian government and noted it as adequate. The top court also said that out of the total amount of Rs 10 crores, Rs 4 crores was to be paid to the family members of each deceased person and Rs 2 crores to the Boat's owner.

"This is a fit case to close all proceedings in India under Article 142 of the Indian Constitution," the top court had said, in its order. The Supreme Court had then passed the order after the Central government moved the top court to close the case against the two Italy Marines in India.

Justice Shah had further said that the Republic of Italy shall now resume the criminal proceedings against the two Italian Marines. "We order that a judge be appointed by the Kerala High Court to ensure that the amount of compensation paid to the victims is made available to their (deceased) legal heirs," the apex court had said, in its order.

What is the Italian Marines Case?

The two Kerala fishermen- Valentine Jalastine and Ajesh Binki were allegedly shot dead in February 2012 by the aforementioned Italian Marines. They allegedly mistook the Kerala fishermen's boat 'St. Antony' for a pirate boat when it passed through the 'Erica Lexie', a tanker flying with Girone and Latorre and the Italian Flag.