Jharkhand: Teachers File Police Complaint After Being Thrashed By Students For Poor Marks

An FIR has been registered against the headmaster and 11 students for allegedly thrashing three school teachers in Jharkhand's Dumka for providing poor marks. 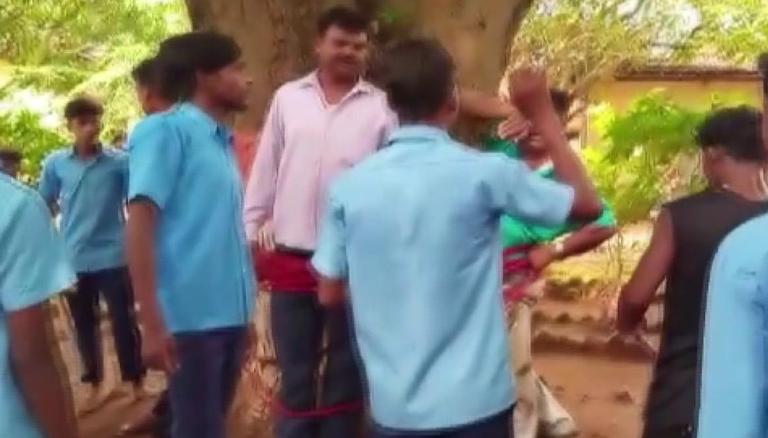 
After three teachers in Jharkhand's Dumka were tied to a tree and beaten up by students of a school in Gopikander, an FIR has been registered against 11 students and a headmaster.

Following this, Suman Kumar, a school teacher and one of the victims of the incident, and Soneram Chaure complained that they were beaten up and tied to a tree on the headmaster's instructions.

Nityanand Bhokta, Dumka’s Gopikandar PS in charge said, “An FIR has been registered against the headmaster and 11 students."

#Update | Jharkhand | Teacher Suman Kumar & clerk Soneram Chaure complained that they were beaten up & tied to a tree on the instructions of the headmaster. An FIR has been registered against the headmaster & 11 students: Nityanand Bhokta, Gopikandar PS in-charge, Dumka (31.08) https://t.co/Tl1nmFN6Cn pic.twitter.com/oCxnrAfgyg

Notably, three students from Gopikandar village in Dumka were thrashed by students. The students were angry over receiving poor marks in their exams due to which many failed in the final exams.

In the now viral clip, the students from Gopikandar village were seen tying their teachers to a tree while some recorded the incident. Teachers were beaten for providing fewer marks to students due to which they flunked their exams. One of the students was heard saying that he wanted to make the video viral and expose the alleged irresponsibility of their teachers.

Meanwhile, Surendra Hebram, Block Education Extension Officer of the area said that he went to speak to the teachers after he received information about the incident. Hembram said the teachers were physically harassed over lesser marks in the practical exams.

Teachers called under the pretext of a meeting

Following the ordeal, Kumar Suman, a school teacher and one of the victims of the incident said that he, along with two others, was called by the students under the pretext of a meeting. "It happened because their practical marks were not included in results," he said. Talking about the final results, he added, "that was to be done by the headmaster. So we couldn't have taken any step in this regard."