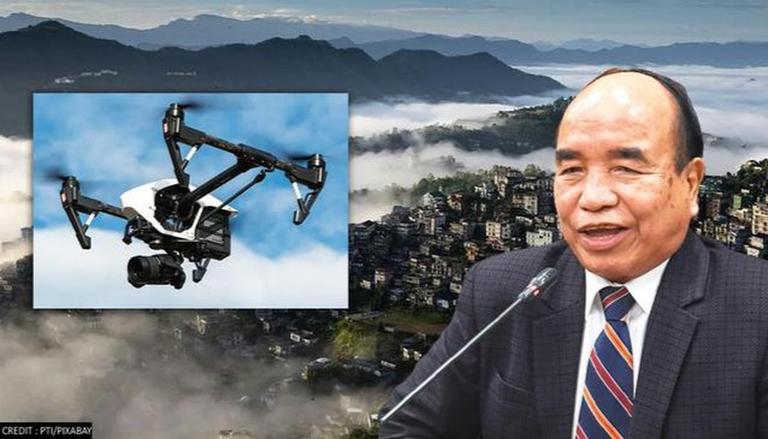 
Amid the ongoing Mizoram-Assam border feud, on July 30, the Kolasib district administration declared a number of areas in the state as 'no flying' zones for drones. The latest regulation implies the border areas of both states which include Vairengte and Aitlang.

Vide an order dated July 30, the Kolasib administration said that the Indian Army would also be required to seek the permission of the district magistrate to operate drones in the areas under concern. Six companies of the Central Reserve Police Force (CRPF) have been reportedly deployed along the Mizoram-Assam disputed borders to monitor the situation and prevent clashes too. CRPF has constantly been patrolling National Highway 306 between the two states.

Aggravating territorial disputes between Mizoram and Assam, on July 26, fresh violence broke out at disputed borders. The clashes emerged two days after Home Affairs Minister Amit Shah held dialogues between CM Zoramthanga and his Assamese counterpart CM Hemant Biswa Sarma in a convention of the North-East CMs. The same day, a couple returning to the former state via Cachar district near the border of two states were assaulted wherein their vehicle was allegedly raided and ransacked.

Reports of firing and several casualties including civilians and of officials of Assam Police being gravely injured in the latest clashes along the border in Assam's Cachar district and Mizoram's Kolasib district surfaced. While Mizoram CM Zoramthanga claimed that Assam Police had first fired, CM Himanta Biswa Sarma claimed that Mizoram used light machine guns to fire at Assam police personnel.

On July 28, Union Home Secretary Ajay Bhalla chaired a meeting of top officials of Assam and Mizoram to hammer out an agreement or accord to maintain peace along the border. Chief Secretaries and DGPs of both states then agreed to let CRPF get hold of the disputed areas and act as peacekeepers.

On July 11, two back-to-back explosions occurred at the inter-state border on the side of the neighbouring state. According to Assam Police, the suspected IED blast was carried out within Assam's Cachar district by miscreants from Mizoram during an eviction campaign. Tensions are high in the district's Khulicherra area, where Mizoram residents reportedly crossed into Assam land for up to 6.5 kilometres a few days ago, prompting an eviction effort by the Assam Police and civil administration.

Incidents of violence on the Mizoram-Assam border prevail as both states are at loggerheads in relation to their geographical reach. Three districts of Mizoram- Aizawl, Kolasib and Mamit share a 164.6 km-long inter-state border with Assam's Cachar, Hailakandi and Karimganj districts. While several dialogues were held since 1995 to resolve the boundary feud no substantive results were produced. Until 1972, when it was separated from Assam as a Union Territory, the northeastern state was a part of Assam.  Following the historic Mizoram Accord between the erstwhile underground Mizo National Front (MNF) and the Centre, which ended 20 years of insurgency in the state, Mizoram became India's 23rd state on February 20, 1987.