The dossier of the ED accessed exclusively by Republic on Thursday has revealed a transfer of Rs 9.59 crore as FDI and 28 crore as export remittance. 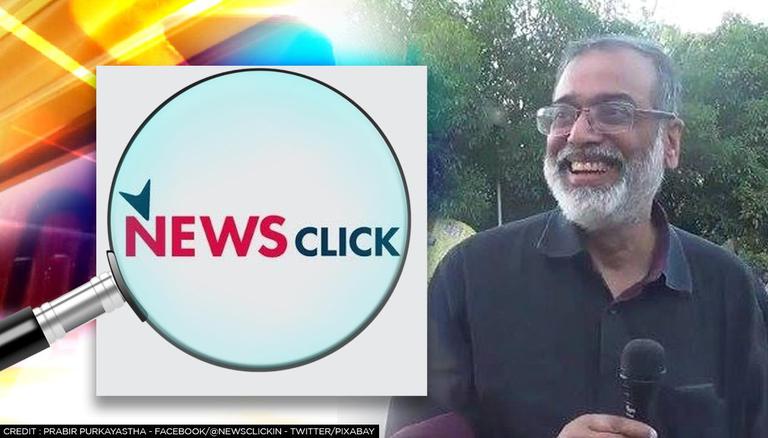 
In a major development in the alleged money laundering case involving news portal Newsclick, the dossier of the Enforcement Directorate(ED) accessed exclusively by Republic Media Network on Thursday has revealed a transfer of Rs 9.59 crore in the form of Foreign Direct Investment and Rs 28 crore in the form of export remittance. The dossier revealed that the FDI was received from a company, which went by the name World Wide Media Holding, and the export remittance was received by companies namely Justice and Education Fund, and The Tricontinental Ltd USA, and Centro Popular Demidas Brazil.

The World Wide Media Holding was shut immediately after the transfer of 9.59 crore. Also, the remittance- Rs 27.51 crore from Justice & Education Fund Inc USA, Rs 49.31 lakhs from The Tricontinental Ltd USA, Rs 26.98 lakh from GSPAN LLC USA, and Rs 2.03 lakh from Centro Popular Demidas Brazil received were unexplained, as there was no record of export services rendered to the companies.

The ED, in the dossier, has mentioned that the digital evidence retrieved during the search has revealed that it was a well-planned scheme devised by Newclick editor-in-chief Prabir Purkayastha and his close associate Jason Pfetcher and Neville Roy Singham to infuse opaque foreign funds.

The alleged flow of money by a portal that claims to be a news portal becomes more problematic given that the present allegation includes that the funders of the said portal have a Chinese connection. This, if proven, begs the question of whether Chinese money was pumped into a portal that in turn allegedly handed out monetary inducements to amplify a crafted anti-India agenda.

BJP claims 'anti-India' conspiracy was at work by Newsclick

In a press conference on Sunday, BJP spokesperson Sambit Patra said an 'anti-India' conspiracy was at work by news portal Newsclick, citing Chinese funding received by the portal. The BJP explicitly detailed the specifics and said that there were clear attempts to defame India and spread unrest with a motivated agenda that included a foreign hand, which had a possible Chinese connection. Calling the entire nexus and plot one that was part of an 'international toolkit', the BJP spokesperson said that Newsclick's activities allegedly received foreign funding.

At the press briefing in Delhi, Patra said, "There is an international conspiracy to defame India. There are pseudo activists and these portals like Newsclick, under the cloak of media along with the international leaders of certain parties try to spread unrest in the country. This is an international toolkit.”

According to its website, NewsClick (newsclick.in) is an “independent media organization dedicated to cover news from India and elsewhere with a focus on progressive movements”, founded in 2009.