Only 22% Of Persons Arrested In UAPA Cases From 2017-19 Charge-sheeted, Centre Tells LS

Amid growing concerns about the prolonged incarceration of peoplr booked under the UAPA, the Centre confirmed that barely a few of them are put on trial 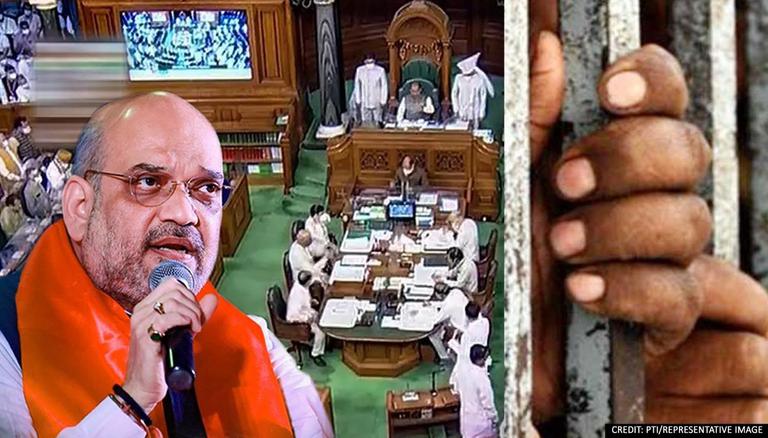 
Amid growing concerns about the prolonged incarceration of people booked under the Unlawful Activities (Prevention) Act, the Centre confirmed that barely a few of them are put on trial. Responding to Congress MP Ramya Haridas' unstarred question in the Lok Sabha, Union MoS Home Affairs Nityanand Rai revealed that only 22% (1074 out of 4923) people arrested in UAPA cases from 2017-19 were charge-sheeted and sent to trial.

Notably, the Supreme Court ruled in February this year that bail can be granted to a person booked under UAPA if there is no likelihood of the trial being completed within a reasonable period of time. The matter pertained to the NIA's plea against the Kerala High Court order dated July 23, 2019, whereby a person accused of chopping Professor TJ Joseph's right palm in 2010 was granted bail. The court's verdict assumes significance as many persons charged under the UAPA have been denied bail on account of Section 43-D(5) and the precedent set by the NIA v Zahoor Ahmad Shah Watali verdict.

As per Section 43-D(5) of the UAPA, the court shall deny bail to an accused if it feels that the accusation against such a person is 'prima facie' true after perusing the case diary or the charge sheet. In the NIA vs Zahoor Ahmad Shah Watali case, the apex court set aside the Delhi High Court verdict granting bail to an influential businessman from Jammu and Kashmir who was booked under provisions of the IPC and the UAPA. Observing that the HC had adopted an "inappropriate approach," it held that an elaborate examination of evidence was not required to be done while considering the bail application.

A three-judge bench of the SC comprising Justices NV Ramana, Surya Kant and Aniruddha Bose pointed out that liberty guaranteed by Part III of the Constitution also covers access to a speedy trial. Making it clear that Section 43-D(5) does not preclude the ability of courts to grant bail, the top court observed that the Kerala HC had also taken into consideration that the accused had suffered incarceration of nearly 5 and a half years. Dismissing the NIA's plea, the bench also highlighted that Section 43-D(5) of the UAPA was less stringent than Section 37 of the NDPS Act.