Enforcement Directorate (ED), on Friday, has seized 12 cars including luxury vehicles like Rolls Royce, Bentley, Range Rover from the promoters of HDIL

In a major development, the Enforcement Directorate (ED), on Friday, has seized 12 cars including luxury vehicles like Rolls Royce, Bentley, Range Rover from the promoters of Housing Development and Infrastructure Ltd (HDIL). Rakesh and Sarang Wadhawan, promoters of HDIL, were arrested on Thursday in the first detentions over alleged irregularities at Punjab & Maharashtra Cooperative (PMC) Bank.

Here are photos of the cars seized by the ED: 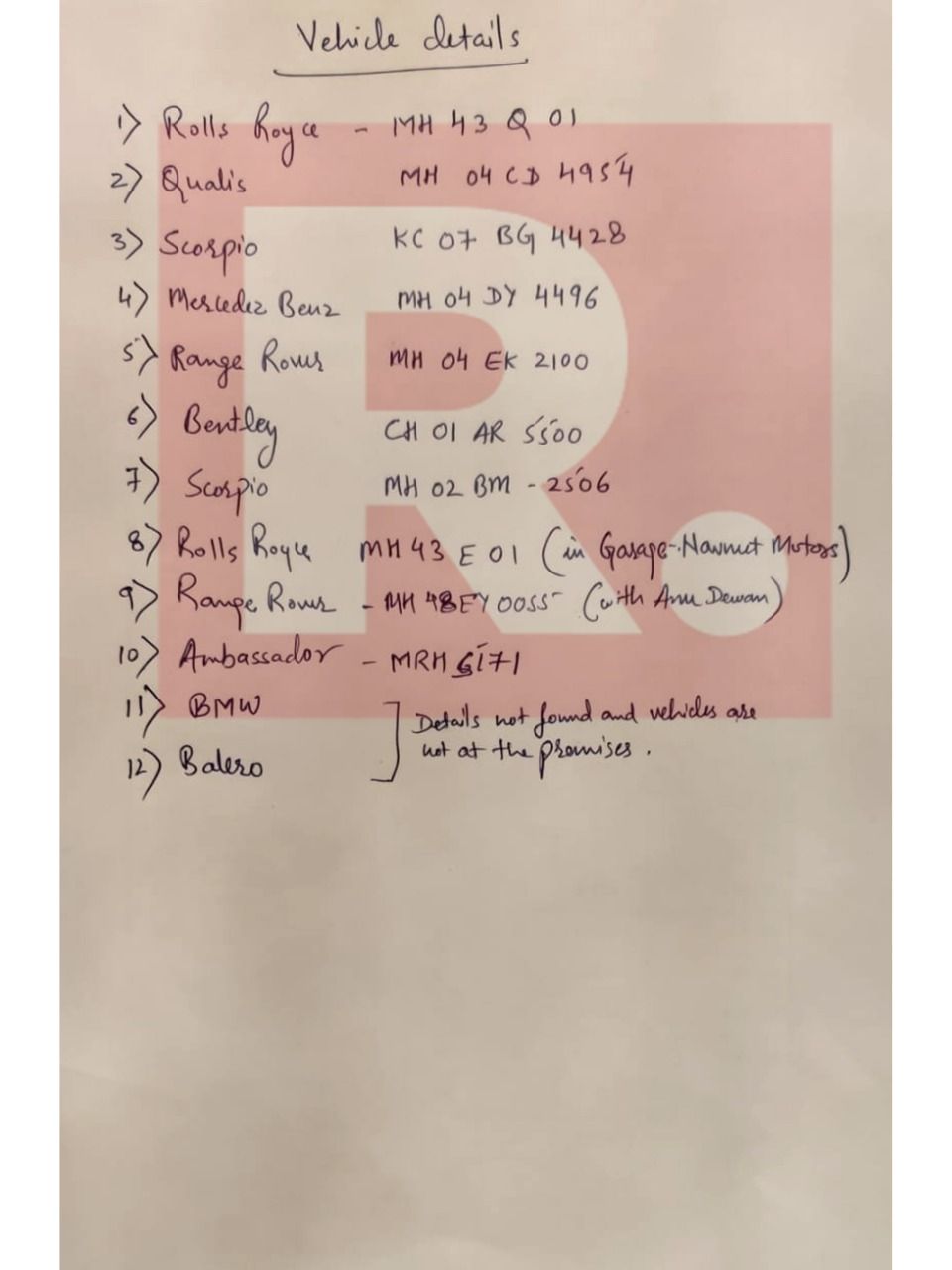 ED registered an ECIR (the equivalent of FIR) on Thursday. Rakesh and Sarang Wadhawan have been named as an accused. Soon after the case was registered, ED carried out searches at six locations in Mumbai. Following which these cars were seized. Top ED sources suspect that the accused have invested a huge amount in property and bank money was diverted to purchase luxury cars. The Economic Offences Wing (EOW) of the Mumbai police said assets worth Rs 3,500 crore belonging to the realty company, pledged as collateral to the bank, had been provisionally attached. The fund diversion was pegged at Rs 6,500 crore or more by an official. The FIR has been registered on the complaint given by Jasbir Singh Matta, who was authorized by the RBI administrator with Mumbai Police.

PMC Bank is currently undergoing bankruptcy proceedings. The Wadhawan’s have been accused of tampering with the bank’s core banking solution (CBS) to operate around 44 accounts that were password protected. These accounts were linked to HDIL Group and the loans sanctioned to these accounts eventually made it to HDIL or the personal accounts held by the two.

On Thursday, the Reserve Bank of India (RBI) hiked withdrawal limit to Rs 25,000 from Rs 10,000 for PMC's depositors, according to PTI. Previously on September 23, the RBI had hiked the withdrawal limit from Rs.1000 to Rs. 10,000. On September 21, the RBI took control of the bank for six-months. It had also capped withdrawals at ₹1,000 per account and the bank is not allowed to make any fresh loans for six months. This announcement by the Central bank caused chaos throughout the financial capital, with panicked account holders crowding the bank.