The Rajasthan High Court on Thursday questioned the Ashok Gehlot government on why Pakistani minority migrants are not eligible for COVID-19 vaccination. 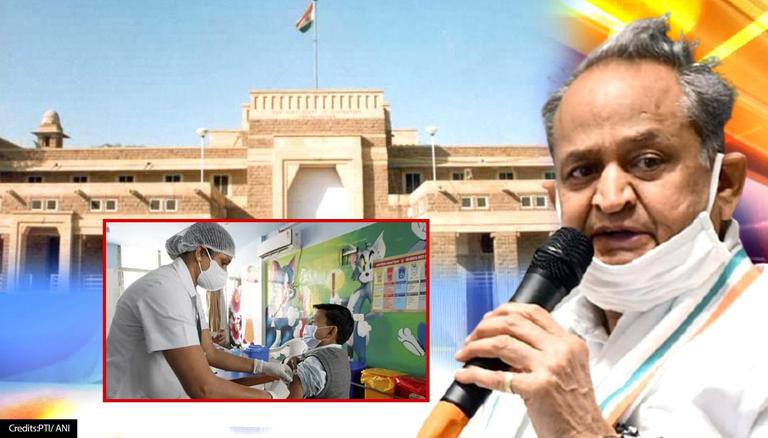 
The Rajasthan High Court on Thursday questioned the Ashok Gehlot government on why Pakistani minority migrants are not eligible for COVID-19 vaccination. A division bench of Justices Vijay Bishnoi and Rameshwar Vyas pointed out that the Centre had already formulated an SOP dated May 6 for inoculation of persons without prescribed identity cards. It expressed surprise at the fact that the state government had formally requested the Centre to include Pakistani minority migrants in the SOP on June 1 despite the court affirming that they are eligible for vaccination in its order dated May 28 itself.

Amicus Curiae Sajjan Singh mentioned that even those Pakistani minority migrants who are citizens are not being vaccinated on the ground that they are not having Aadhaar card. Moreover, he submitted that members of this community residing in Jaisalmer, Barmer and Jaipur have not even been provided food packets. Thereafter, the HC directed the Chief Secretary to file a detailed affidavit and give an explanation before the next hearing of the matter on June 10. A total of 39,65,219 persons have been inoculated in Rajasthan whereas 7,84,099 of them have received the second dose of the vaccine too.

On Thursday, top Congress leaders refuted reports of vaccine wastage in several districts of the state. Maintaining that Rajasthan is among the states which have reported the least wastage of COVID-19 vaccine doses, Rajasthan Education Minister Govind Singh Dotasara accused the Centre of making false claims. At present, there are 27,408 active novel coronavirus cases in the state while 9,07,527 patients have recovered and 8559 deaths have been reported.

READ | 'Will no one in Centre be held responsible?': Chidambaram lauds SC order on vaccine policy

Rajasthan Education Minister Govind Singh Dotasara remarked, "In the whole of Rajasthan, there has not been any wastage above 10 per cent, as guided by the Union Health Minister Dr Harsh Vardhan. Rajasthan is in the bottom list of the vaccine wastage list of the Indian states. There are claims that the Bundi district reported 25 per cent wastage but it is actually only 2 per cent. Same is the case with other districts also. The Bharatiya Janata Party government that failed to provide adequate vaccines, is now falsely accusing so that they garner good attention for themselves and Modi ji would be shamed a little less. This is being deliberately done by the BJP leaders."