"Law has to march along with the technology," says the Supreme Court (SC) allowing registration of marriages under Special Marriage Act via videoconferencing. 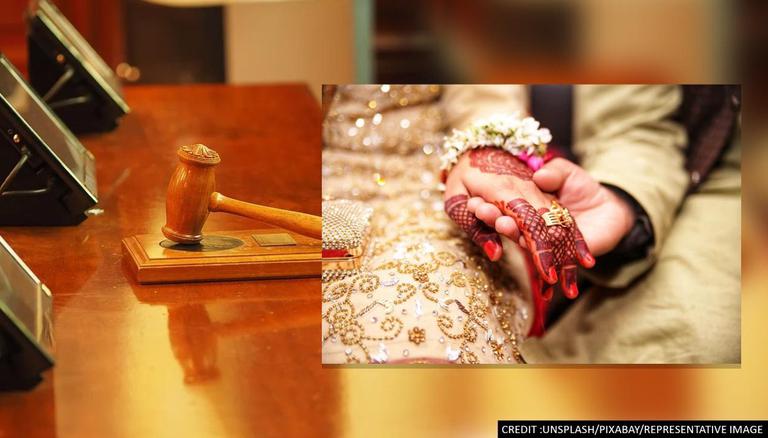 
The Supreme Court has asserted that a marriage under the Special Marriage Act can be registered through video-conferencing, without insisting on the physical presence of both partners. The Apex Court passed the said order while upholding an order of the Punjab and Haryana High Court of granting marriage certificate under the Special Marriage Act 1954 through video conferencing as one of the spouses was unable to appear physically as it could not travel from the USA to India due to travel restrictions imposed due to the outbreak of COVID-19.

Law has to march along with the technology: SC

A division bench of the top court presided over by Justices Indira Banerjee and V Ramasubramanian turned down the appeal filed by the Government of Haryana against the said order of the High Court. "Law has to march along with the technology," the bench remarked as it directed the Haryana government to comply with the orders of the High Court and asked it to supply the marriage certificate to the couple within a period of 45 days.

The bench also reiterated that the letters of law cannot work to make it impossible for people to follow them. "Where there is a difficulty, the letter of law can't be so rigid," the bench said.

The Haryana Government had challenged the order of the P&H High Court which was passed on March 9 this year. The marriage of the said couple was solemnized in December 2019, after which they returned to their places of work abroad. They filed an application for their marriage registration before the Deputy Commissioner-cum-Marriage Officer, Gurugram and made a request to the Marriage Officer to permit the wife to appear through video conferencing. However, later, the Marriage Officer asked the couple to appear before it however, the same could not be possible due to the outbreak of COVID-19. Later, the couple applied for appearing before the court through video conferencing.

Commenting on the said judgment, Meghna Mishra, Partner, Karanjawala & Co. said, "This is a very welcome and forward-looking judgement. It is heartening to see that the technological advancement in the legal sphere which is being used for conducting virtual hearings is now being further expanded."

"This judgement shows Courts’ ability and willingness to use technology to remove hurdles and make the implementation of the law easier for the public. Requiring actual physical presence to register marriages has been a stumbling block for many couples and the liberal interpretation of the requirements under the Act will indeed go a long way in removing these hurdles," the lawyer added.